Nick Kyrgios revived a popular tradition in his dominant Citi Open first-round win on Wednesday but made sure to apologise when it initially didn’t go to plan. The Aussie enjoyed a successful return to the singles court after his memorable Wimbledon run, steamrolling past Marcos Giron in just under an hour.

Kyrgios outclassed Giron in a 6-3 6-2 triumph in Washington and was particularly impressive on the serve, finishing the clash with 12 aces and an 82 per cent (28/34) win rate on his first serve. After saving an early break point, the 27-year-old took control of proceedings and coasted from 3-3 in the first set.

The unseeded star was so confident in his serve that he reintroduced a tradition from his 2019 Citi Open-winning run, asking a fan in the front row where to serve on match point. Kyrgios felt obliged to apologise to the individual after missing the target on his first serve but followed it up with a ferocious second attempt that Giron couldn’t return.

He improved to 9-0 in opening rounds this season and boasts a total 22-7 record for the year, and there could be more American challengers to come in the next two rounds. Tommy Paul, the 14th seed, is next up, and fourth seed Reilly Opelka could await in the third round.

JUST IN: Nick Kyrgios out of Laver Cup to deny Federer, Nadal and Djokovic epic 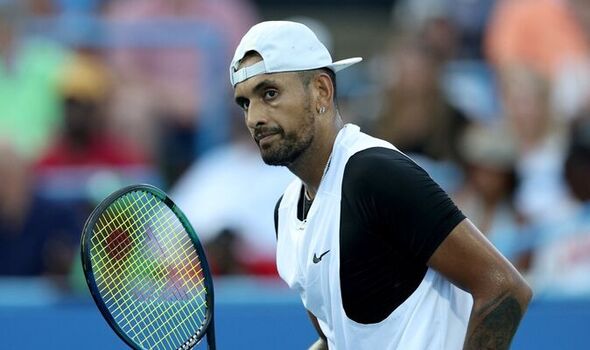 Speaking after his opening match at the ATP 500 event, Kyrgios admitted he started nervously after his disappointing showing last year but expressed his delight with the win. He said: “I came out a bit slow, obviously very different conditions to Wimbledon. I think it was just a bit of nerves as well.

“I won the tournament in 2019. Seeing my name up on the stadium and then knowing I didn’t play well here at all last year. I lost in the first round, and I was just going through such a dark time in my life. I’m just so happy to be here with my team, the love and support from the crowd. I’m just really happy to be out here playing some good tennis again.” 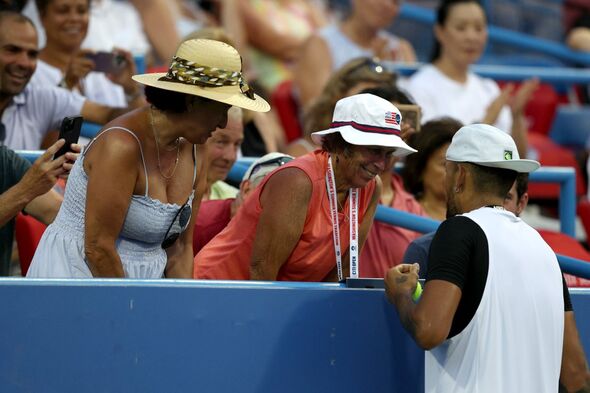 Kyrgios also enjoyed a winning start in the doubles bracket in Washington, teaming with Jack Sock to beat third seeds Marcelo Arevalo and Jean-Julien Rojer 6-4 6-4 on Monday. And he has hailed Sock and fellow countryman Thanasi Kokkinakis, among others, as he continues to enjoy his good form.

What time is Andy Murray playing at Wimbledon today?