Thanasi Kokkinakis has warned Nick Kyrgios he cannot spit ‘too much’ after the Aussie took aim at a spectator after his five-set victory over Paul Jubb on Wednesday. Kokkinakis reached the second round at Wimbledon for the first time in his career but was downed in straight sets by Novak Djokovic on Centre Court.

The 26-year-old is not out of the tournament completely though as he is continuing his brilliant Australian Open-winning partnership with Kyrgios in the doubles draw. The pair were due to kick off their campaign later today but that match has been pushed back until Thursday because of the rain.

Kyrgios caused a storm when he constantly argued with the crowd during his singles victory against Jubb and later confirmed he intentionally spat in the direction of a fan. Kokkinakis has advised his team-mate against making it a regular habit.

“I actually didn’t see it. That’s news to me. I didn’t know he spat or anything like that. Yeah, obviously you don’t want to be spitting too much unless you know you have a bit of phlegm you have to get out,” he said. 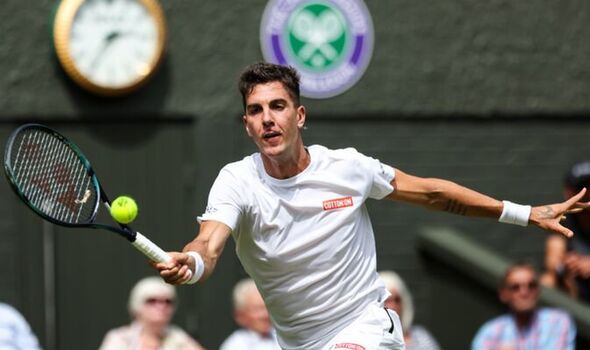 “I’m not sure, mate. I didn’t see what happened there. I just saw the result. It was good to pull it out because he was battling there for a while. Any win is a good win.

“Again, I didn’t see. Obviously you want to be respectable and that, but I didn’t actually see what went on and what he said to the crowd. I know when he plays there is always some sort of drama. That’s not too much news to me. As long as he obviously keeps it within reason.”

When asked if he will calm Kyrgios down when they play together, Kokkinakis replied: “Man, he’s his own person. He can do what he wants. I don’t know really what you want me to say here. You know, everyone knows how Nick is. He’s a competitive player. 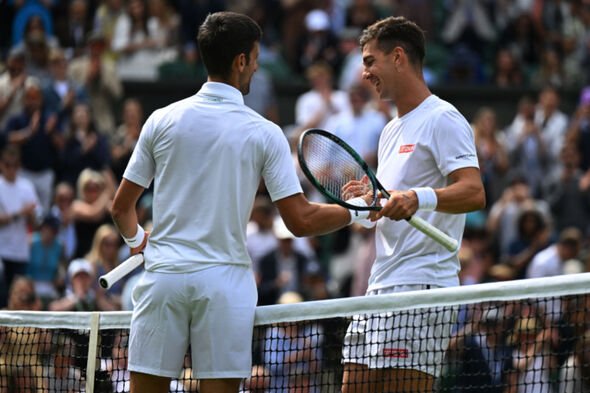 “You know, some things happen on court a lot of people don’t mean, but sometimes it comes out. I think it just shows he cares and wants to win. Obviously you want to be respectable and keep it within the boundaries.”

And speaking on his loss to Djokovic, Kokkinakis said: “He’s a wall. It’s playing a wall. That’s what it felt like. It felt like he just did everything right. He had a high first-serve percentage, he returned great. He volleyed well. He just made things uncomfortable. Tactically he was on point against me. He was rushing me quick.