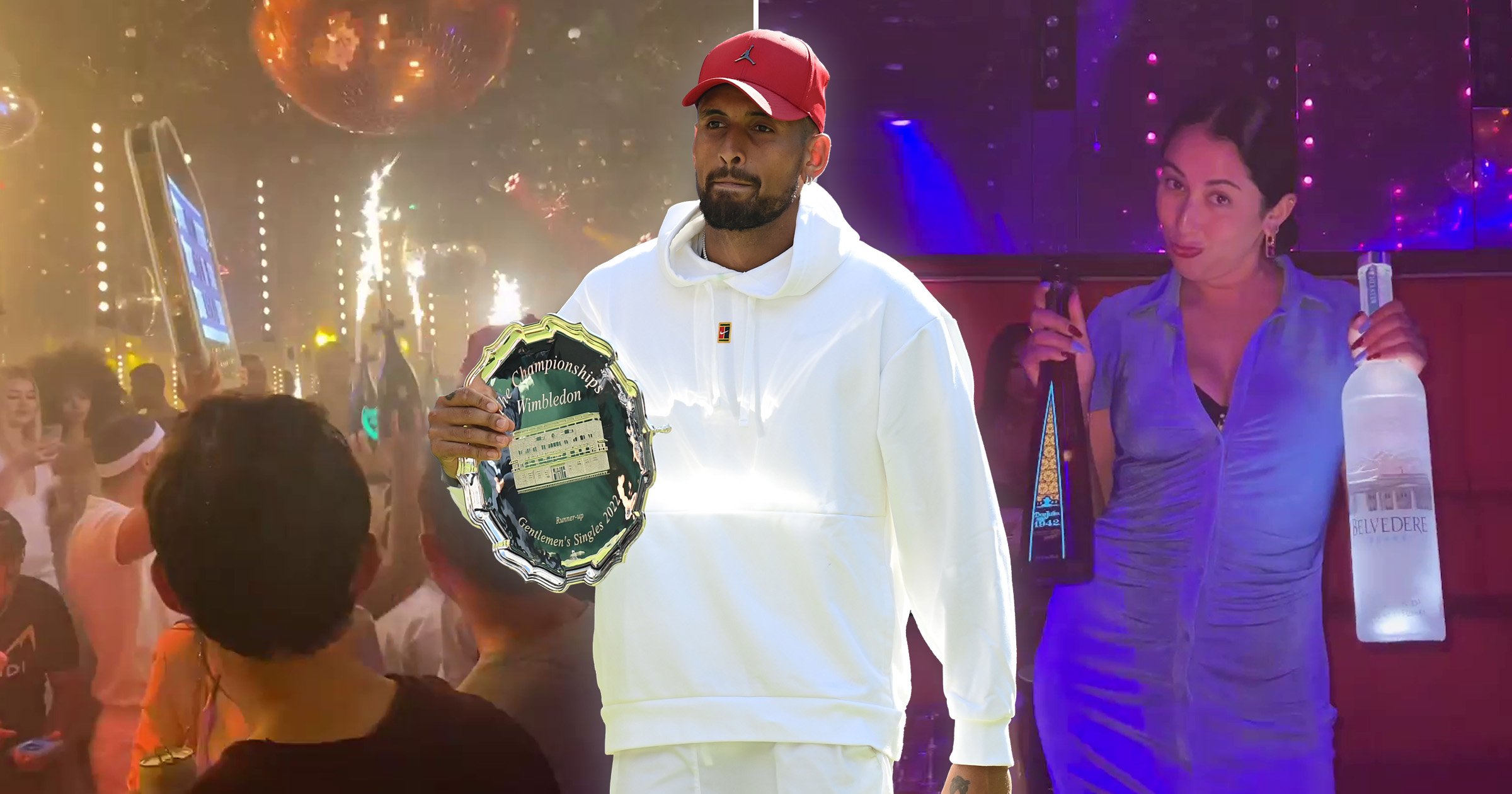 Wimbledon runner-up Nick Kyrgios is ‘set to earn millions’ from his upcoming Netflix documentary, according to reports.

The Australian world No.45 is notorious for his behaviour on and off the tennis court and enjoyed a fairy-tale run to this year’s final where he lost to Novak Djokovic over four sets.

It was Kyrgios’ maiden major final and his best-ever performance at a Grand Slam, which is being turned into a Netflix documentary in a similar style to Formula One’s Drive to Survive and the football-based Sunderland Till I Die.

The upcoming documentary – which saw camera crews given exclusive access to all areas of his life during his Wimbledon 2022 run – is hotly anticipated and will see the 27-year-old earn millions, according to The Daily Mail.

Kyrgios got a ‘drunk’ heckling fan ejected from this year’s final and faced jeers for producing a controversial underarm serve, which some see as unsportsmanlike. After the final, he partied at a London nightclub, which the documentary captures.

There were several other high-profile moments at SW19, with Kyrgios admitting to spitting towards a fan, calling a line judge a ‘snitch’ who ‘had no fans’ and continuously breaking Wimbledon’s strict dress code.

He was also involved in arguments with journalists, telling one reporter she had ‘no story’ while Kyrgios was also labelled an ‘evil bully’ by world No.4 Stefanos Tsitsipas.

Kyrgios, who recently opened up about his mental health struggles, is also facing an assault charge for an incident with his ex-girlfriend Chiara Passari which allegedly occurred in December 2021.

He described his run to the Wimbledon final as the best result of his career.

‘Sports documentaries are working well for Netflix,’ a source told the Daily Mail. ‘Nick is fascinating to watch both on and off the tennis court.

‘His antics at Wimbledon made him a household name. This film will feature footage, which could be explosive – and compulsive viewing.’