Cameron Norrie will hit a new career-high ranking of nine despite losing to Borna Coric in the semi-finals of the Western and Southern Open.

The British number one became the latest victim of Croatian Coric’s return to the big time following shoulder surgery as he added to his wins over Rafael Nadal and Felix Auger-Aliassime by seeing off Norrie 6-3 6-4.

Coric will take on fourth seed Stefanos Tsitsipas in the final after the Greek knocked out world number one Daniil Medvedev. 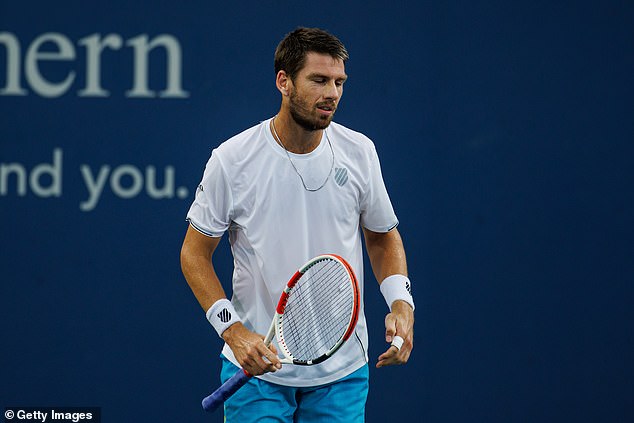 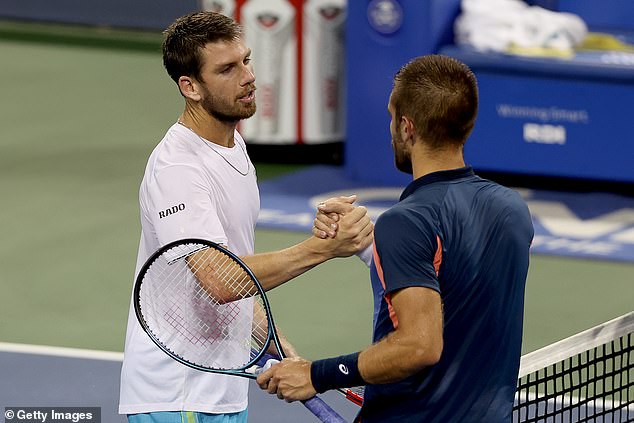 The No.1 Brit fell to Borna Coric in straight sets in their semi-final match on Saturday

This was not Norrie’s best performance, with 24 unforced errors compared to 13 winners, while he dropped serve three times, but it has been another very strong week in a season that has definitively proved the 26-year-old fully merits his place at the top of the game.

He told the ATP Tour’s official website: ‘That was unbelievable. Credit to Carlos. I was up a set and a break, 4-1, and I kind of lost a little bit of vision.’

Norrie beat Carlos Alcaraz for the first time in the quarter-finals and has followed up his Wimbledon semi-final run by reaching the final at the ATP Tour event in Los Cabos, the third round of the Masters tournament in Montreal and now the last four again in Cincinnati.

Norrie’s excellent form sees him climb above Hubert Hurkacz and Andrey Rublev to surpass the previous high ranking of 10 that he achieved in April. 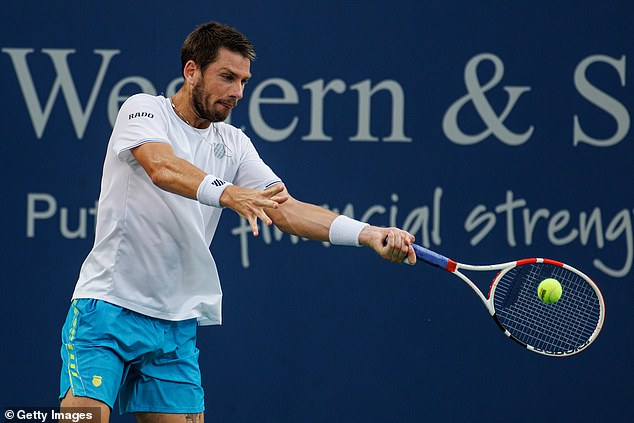 Norrie will now head to New York to prepare for the US Open, which begins on August

He will now head to New York to prepare for the US Open, which begins on August 29, and, with Novak Djokovic looking highly unlikely to play and Alexander Zverev also a doubt, Norrie looks set to be a top-eight seed at a grand slam for the first time.

Meanwhile, Coric admitted it took him awhile to find his rhythm after Norrie initially took a 3-1 lead on Saturday.

The Croatian said: ‘It was a very tough day, a very long day as well.

‘At the beginning I was not there, I was not feeling the ball very well. Then I did find my rhythm. I started to serve better, I started to play much better and I think that was the key to the match.’

Coronavirus: 2021 Australian Open already at risk of being cancelled due to pandemic

‘Such a tight tussle’: Stosur triumphs in US Open women’s doubles final