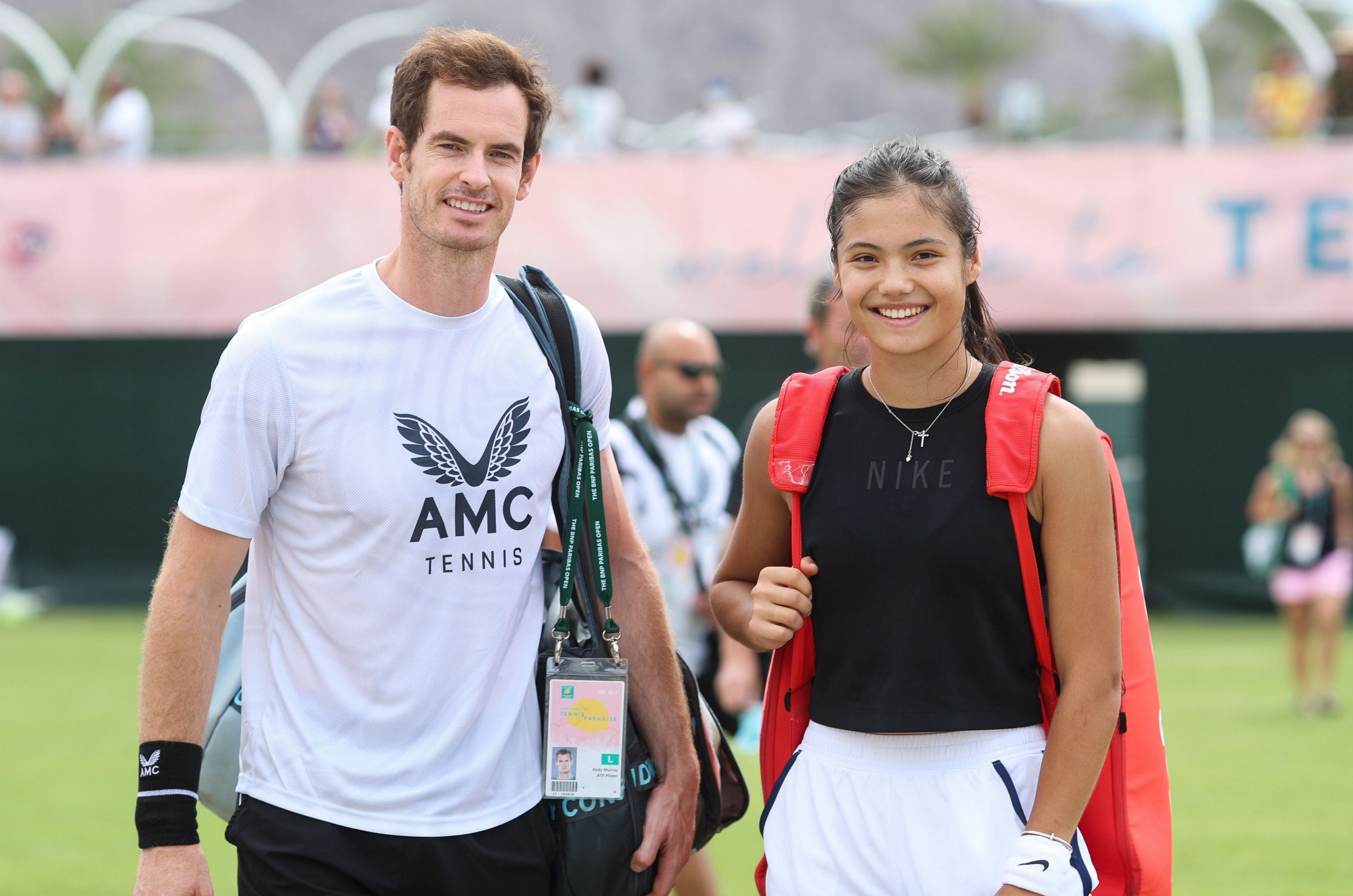 Andy Murray insists US Open champion Emma Raducanu’s defeat at Indian Wells on Saturday was just ‘a little bump’ and was expecting her to experience a low after such a big high in New York.

The 18-year-old, who is still without a new coach, had been seeded going into her first tournament since her victory in Flushing Meadows last month but was beaten in straight sets by world No.100 Aliaksandra Sasnovich.

But Murray, who practised with Raducanu last week, does not believe there is anything to worry about and was half-expecting the teenager to suffer a comedown.

‘What happened there was obviously incredible but in tennis and other sports it doesn’t just go in an upwards direction all the time,’ he told reporters.

‘There are always little bumps and stuff along the way. It’s just a little bump, but I think pretty much everyone was sort of expecting that as well.

‘I don’t think it’s anything unexpected, to be honest.

‘I don’t know her unbelievably well. I just know from the people who have worked with her and been around her, they all say the same things.

‘She’s obviously unbelievably bright, well-educated, so you would imagine she would certainly be a lot better equipped to deal with everything that’s going on than most, and deal with it in a more mature way than I would have done when I was 18. She’s handled herself perfectly.

‘I’m sure as she moves along she will learn how to go about everything, how to balance the whole tennis life, commercial life and the stuff that goes on away from the court better all the time.’

Speaking about the difficult conditions at Indian Wells, he continued: ‘It’s just that the conditions in New York in comparison to here are very, very different. Pretty much every ball that you hit in New York was between your waist and your shoulders. The court was quite quick, so it was sort of shooting through and it was like first strike tennis, really.

‘Whereas here the balls are checking a lot and it is very bouncy. It was windy as well and it really can swirl a bit in that stadium, whereas at Flushing Meadows or Wimbledon, when you’ve got the roofs on the court, you don’t really get the wind in there.’