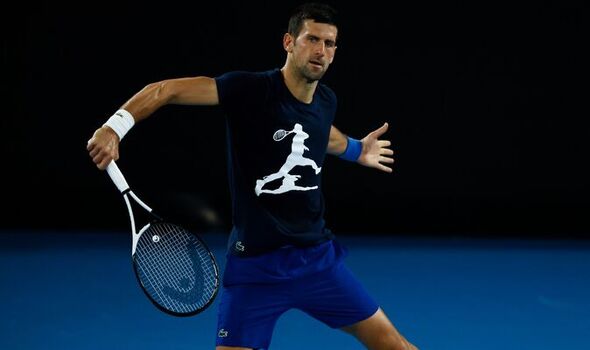 Novak Djokovic has been defended for standing by his unvaccinated status. The world No 1 has so far been able to play just one event so far this season as a result of his lack of vaccination, and his beliefs even led to him being deported from Australia on the eve of the first Grand Slam of the year.

Djokovic was the centre of an 11-day saga in Australia when he arrived in the country unvaccinated, had his visa cancelled twice and was ultimately deported on the eve of the Australian Open. He then doubled-down on his beliefs and told the BBC he would be willing to miss any tournament, even the Grand Slams, to stand by his views – something that was put into practice when he was unable to play in Indian Wells and Miami.

The 20-time Major champion has received backlash for his decision and its consequences, including most recently when he kept his name in the Indian Wells draw despite being unable to enter the United States to compete as an unvaccinated individual. But a seasoned ATP and WTA Tour coach has now stood up for the Serb, admitting his decision to stick to his views was “admirable”.

Rob Steckley, who previously coached the likes of ATP world No 14 Denis Shapovalov and WTA world No 14 Anastasia Pavlyuchenkova, told the Match Point Canada podcast that it was “crazy” for a player at the top of his game to be so vocal on his controversial views. “You have Djokovic who is sticking to his beliefs on you know against, what was it, not getting fully vaccinated?” he started.

“I’m definitely not statistically inclined so bear with me, but I do know that his beliefs are something that he believes in and that’s what he stands by and it’s crazy to think that somebody that’s in his position is going to stick to his guns amongst everything that’s happening against the world,” the Canadian tennis coach continued. “So he’s basically going against it. I find that also incredibly admirable.”

Djokovic has played just one tournament so far this year, the Dubai Championships, where he suffered a shock quarter-final defeat to qualifier Jiri Vesely. He is now set to really get his season going during the clay-court swing starting at the Monte Carlo Masters in just over a week. He is already confirmed for the Serbia Open, an ATP 250 played at his own Novak Tennis Centre in Belgrade where his brother Djordje is the tournament director.

Djordje also recently shed some light on more events the world No 1 is hoping to add to his calendar. It is not yet known whether Spain and Italy will change their Covid regulations in time for Djokovic to be allowed to play the other clay Masters 1000s events in Madrid and Rome but his brother confirmed he was hoping to add them to his calendar.

The reigning French Open champion will be able to attempt his title defence in Paris at the end of May after France dropped their Covid vaccine pass rules last month. And it will be two Grand Slam appearances in a row for Djokovic, who was forced to miss the first of the season, with the suspension of Covid rules in England meaning he will be able to play Wimbledon in summer.

Can you still play tennis during the UK coronavirus lockdown?