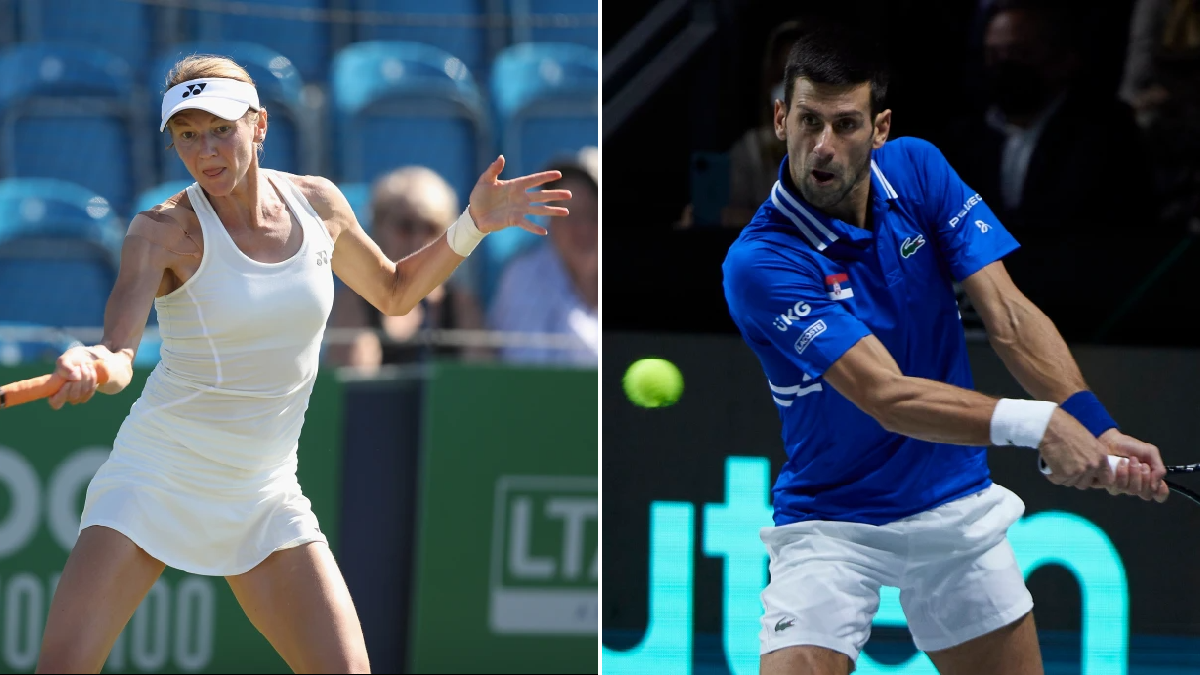 Renata Voracova has been detained at the same detention hotel as Novak Djokovic after the tennis star’s Australian visa was cancelled.

Djokovic is currently being held at the Park Hotel in Melbourne after his visa was denied upon arriving at the airport and he must now wait until Monday to find out if his appeal will be accepted.

Czech player Voracova, who has already played in a warm-up tournament in Melbourne, was detained by Australian Border Force officials yesterday, according to ABC.

Voracova had been informed by ABF officials she must soon leave the country, ending the doubles specialist’s hopes of playing at the Austrlaian Open, due to start on January 17.

It’s thought she was granted the same medical exemption Djokovic has been awarded to play at the Australian Open later this month, because she had recently contracted and recovered from Covid-19.

‘We can confirm that Czech tennis player Renata Voracova is in the same detention as Djokovic, together with several other players,’ the Czech Foreign Ministry said in a statement.

‘We submitted through our embassy in Canberra a protest note and are asking for an explanation of the situation.

‘However, Renata Voracova decided to drop out of the tournament due to limited possibilities for training and to leave Australia.’

Her doubles partner Mayar Sherif is now on the lookout for a new partner as she revealed a text she’d received from Voracova.

‘I don’t know if you heard about AO [Australian Open] exemption cases. Unfortunately I’m the one and I’m not allowed to play AO by Australian border,’ Voracova wrote in a text message to the Egyptian late on Friday.

‘I’m really sorry, but this just happened overnight and they denied my visa, I could do nothing with it. Hope we can play somewhere else with better circumstances.’