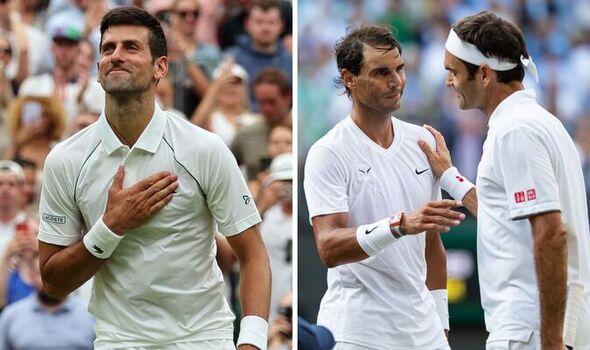 Novak Djokovic has opened up on the “influence” that his long-time rivals Rafael Nadal and Roger Federer have had on his career after starting his Wimbledon campaign with a win. The top seed has not won a Grand Slam title since lifting the trophy at SW19 a year ago and is hoping to defend his crown to catch Nadal in the race for the most Major titles.

Djokovic survived a wobble to down Soon-woo Kwon 6-3 3-6 6-3 6-4 in his opening round at Wimbledon as he opened play on Centre Court as part of the tradition for the reigning champion. The world No 3 is bidding to win a seventh title at the All England Club and 21st Grand Slam overall to catch Nadal, who holds a record 22.

The Spaniard is playing at Wimbledon for the first time in three years while Federer is unable to play this year as he continues to recover from a knee surgery, and the reigning champion was asked about his memories of battling with the 40-year-old in his absence from the tournament. “As with Rafa, nothing but respect for these guys,” he admitted.

“Of course, both of them have influenced my development as a tennis player a lot, probably more than any other players.” The 35-year-old also said it was Federer who he faced in his greatest matches at the All England Club, and explained what was different about playing his two biggest rivals. 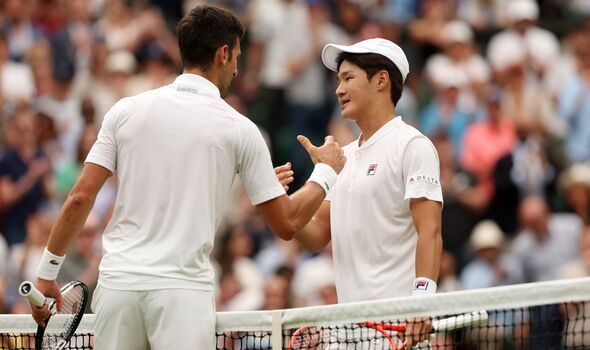 “It’s pretty much similar like with Nadal. Every time you step on the court with Roger, you feel it’s not an ordinary match. There’s so much more weight to everything that is around that match, the anticipation, the rivalry.” 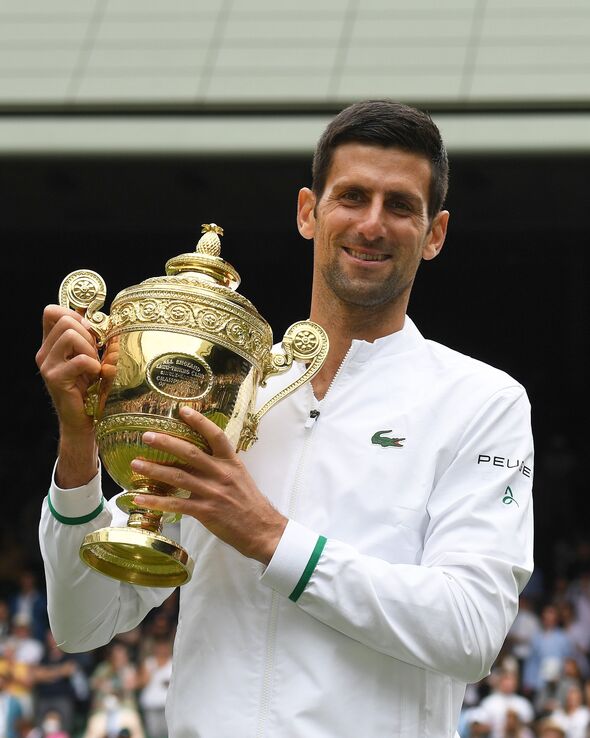 And the world No 3 went one step further as he admitted facing Federer on grass and Nadal on clay were the “ultimate challenges” of the sport, having lost to the Spaniard at the French Open last month. “Most of the times that I was facing Roger here was at least semifinals or finals of the tournament,” he said.

“So, of course, fighting for [a] trophy adds more expectations and significance to that matchup. So, of course, it’s an ultimate challenge in sport playing probably Roger on grass and Rafa on clay. Those two guys have made very impressive careers on those surfaces.”