Novak Djokovic has declared that he is excited about the prospect of battling Rafael Nadal and Roger Federer for a place in this year’s French Open final after all three players were named in the same half of the draw on Thursday afternoon. The trio have dominated men’s tennis for well over a decade, but only one of them will be able to earn a shot at Grand Slam glory by reaching the last two at Roland Garros.

The shock draw marks the first occasion that Djokovic, Nadal and Federer have been grouped together at a major tournament and opens up a spot in the final for the likes of Stefanos Tsitsipas and Dominic Thiem.

Djokovic will come up against aptly-named American hopeful Tennys Sandgren in the first round of the French Open, but could face Federer in the quarter-finals if the Swiss icon manages to progress through the early stages after his lengthy struggle with a knee injury.

A meeting with 13-time Roland Garros champion Nadal could arrive in the last four, with the Spaniard aiming to win a record 21st Grand Slam title by claiming the spoils once again in Paris.

Giving his reaction to Thursday’s draw, Djokovic suggested that he was as surprised as anybody else when he saw that his fellow ‘Big Three’ rivals were placed in his half.

The Serb also underlined his desire to maintain his strong recent form with a fruitful campaign in the French capital after winning the Australian Open back in February. 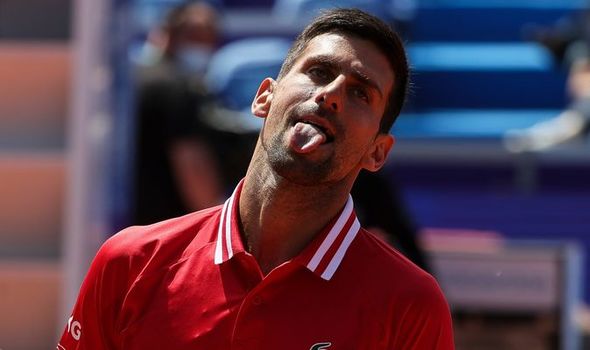 “I saw the draw,” chuckled Djokovic, speaking to reporters at a press conference. “It’s the first time, I think ever, where Roger, Rafa and myself are in the same half of the draw in any Grand Slam.

“It’s going to be very interesting for sure. Only one of us can make the final. I’m going to obviously do my best to be that guy who reaches the final match.”

Djokovic progressed to the final of the Belgrade 2 tournament on Friday with an ultimately comfortable win over world No 119 Andrej Martin despite dropping the second set.

The hometown hero sealed a 6-1 4-6 6-0 victory over his unfancied opponent to gain another shot at silverware against Alex Molcan in Saturday’s decisive match. 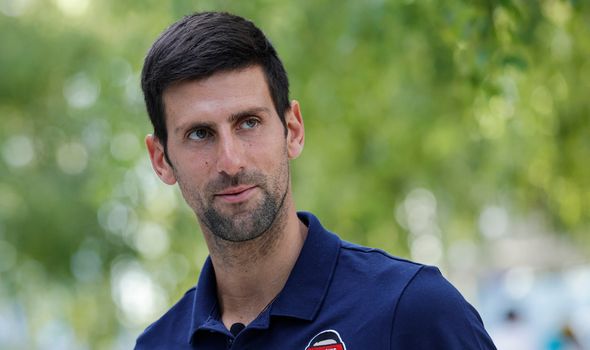 Reflecting on his performance, Djokovic claimed that the commanding nature of his triumphs in the first and third sets have filled him with confidence ahead of the French Open, suggesting that he will be a strong contender to steal Nadal’s thunder in Paris over the next fortnight.

“I take out the positives from this match,” added Djokovic. “I think I played very well in the first and the third sets.

“I feel like this will give me confidence not only for tomorrow’s final but also Roland Garros. 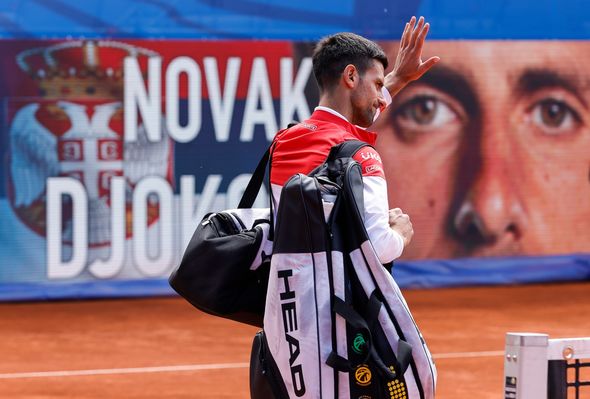 “I’ve been building my form, and performance-wise I’ve been playing very close to where I want to be for Roland Garros. I’m not concerned about anything, except for those few games and few letdowns that I had today.

“That should not happen tomorrow or in Paris, but if they happen they happen. What can you do? It’s one of these things that you have to deal with as a tennis player.

“It’s important to bounce back, which I’ve done in the right way.”