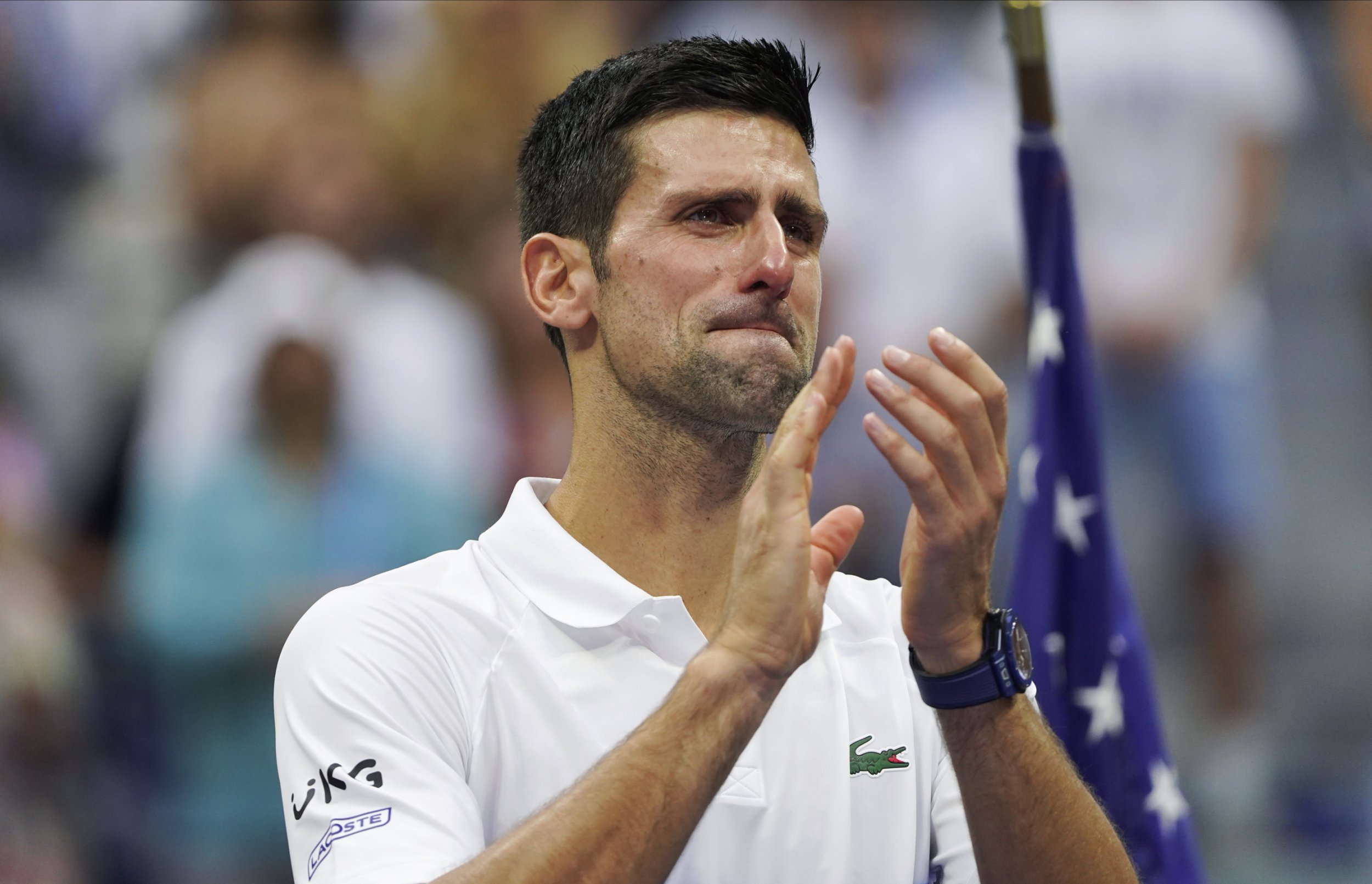 Novak Djokovic paid tribute to the crowd after he broke down in tears during his US Open defeat to Daniil Medvedev.

The world No.1 lost in straight sets to the Russian, which ended his chances of winning all four Grand Slams this year.

During the last changeover in the final set, Djokovic was seen in tears as he sat in his chair, while the Serb was also emotional during his post-match interview on court.

And Djokovic has revealed that the warmth he felt from the crowd was ‘ something I never felt in my life’.

When asked about his reaction, Djokovic said: ‘So many different emotions. What I said on the ceremony, I really mean it.

‘Of course, part of me is very sad. It’s a tough one to swallow, this loss, I mean, considering everything that was on the line.

‘But on the other hand I felt something I never felt in my life here in New York.

‘The crowd made me very special. They pleasantly surprised me. I did not know, I did not expect anything, but the amount of support and energy and love I got from the crowd was something that I’ll remember forever.

‘I mean, that’s the reason on the changeover I just teared up. The emotion, the energy was so strong. I mean, it’s as strong as winning 21 Grand Slams. That’s how I felt, honestly. I felt very, very special.

‘They touched my heart, honestly.

‘Of course, in the end of the day you want to win. You’re a professional athlete. These are the kind of moments that you cherish. These are connections that you establish with people that will be lasting for a very long time.

‘Yeah, it was just wonderful.’