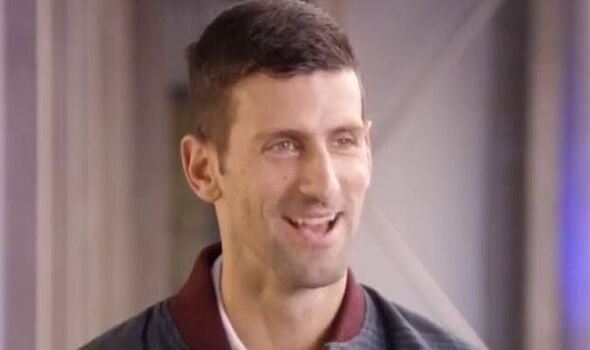 Novak Djokovic was left surprised by a secret about none other than Casper Ruud before the pair set up a winner-take-all clash at the ATP Finals. The top eight men in Turin were asked to match the player to the corresponding fact ahead of the tournament and the Norwegian left Djokovic amazed as it was revealed he had dinner with a famous popstar.

Djokovic and Ruud will do battle in the last match of the 2022 ATP season on Sunday as they meet in the final of the ATP Finals. The Serb will be looking to match Roger Federer’s record of six titles at the year-end championships while the 23-year-old is seeking the biggest title of his career.

Both men were drawn in opposing round-robin groups so have not yet met at the tournament this week, but Ruud did manage to leave his opponent amazed at the start of the event when Djokovic learned that the world No 4 had a connection to legendary singer Shania Twain. Along with the other six men in the ATP Finals field, the 35-year-old and the third seed were given facts about their fellow player and asked to guess who the information was about.

And the 21-time Grand Slam winner was left impressed by his next opponent as he was told: “One player went for dinner with the popstar Shania Twain.” Djokovic burst out laughing when he heard the fact, adding: “Oh my god.”

JUST IN: Roger Federer weighs in on chances of coaching after retirement

The world No 8 did guess Ruud but admitted that it had been a total stab in the dark, adding: “Casper Ruud? Oh my gosh. That was a wild guess.” And Djokovic also paid his rival a compliment as he continued: “I mean, he’s good looking.”

The Canadian singer watched on as the 23-year-old won the title at the Gstaad Open earlier this year, tweeting a photo of the two together with Ruud holding his trophy and writing: “Spent my Sunday watching Casper Ruud win his second @SwissOpenGstaad! Congratulations my friend, what a result!”

She had also attended the tournament last year, watching the semi-final and final as the Norwegian also lifted the trophy in 2021. And the two-time Grand Slam finalist was happy to receive Twain’s support for a second year running as he said: “I really appreciated that she came back this year and supported me in the final.

“It was nice to see her again.” The singer will have to support her man from afar as he bids to win the biggest title of his career against Djokovic on Sunday. Ruud has never beaten the Serb in their three previous meetings and is yet to even take a set off the former world No 1 and said he would “try to believe he could win” in their Turin showdown.

Wimbledon order of play with Nadal, Kyrgios and Halep in action