Novak Djokovic can potentially play on for another six years having been able to ‘rest’ while being barred from two Grand Slam tournaments this year, the Serb’s uncle has insisted. The 21-times major champion was unable to play at the Australian Open or at the US Open this year due to his controversial stance on Covid vaccinations.

Djokovic remains unvaccinated against the virus and has said that he is prepared to miss further tournaments if he continues to be denied entry to countries with strict rules on vaccinations. The 35-year-old was infamously deported from Australia earlier this year after initially believing he had a medical exemption.

He suffered a scary ordeal in Australia and was also denied entry to the US, where foreign nationals must provide evidence of two jabs. However, his uncle, Goran Djokovic, believes that one of the positives to come from the situation is that his nephew is prolonging his career.

He told The Pavlovic Today: “The ordeal he went through this year in Australia only extended his career. Instead of maybe retiring from tennis in three or four years, his career has been extended for five, or six years. He is resting his body.”

JUST IN: Alcaraz coach gives Nadal and Djokovic verdict after winning US Open 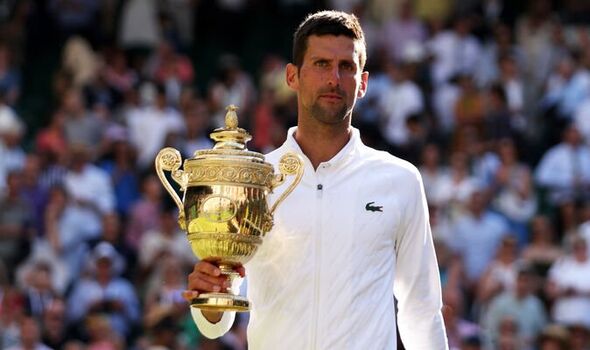 Djokovic applied for a medical exemption to compete at the US Open this year. Goran insists that “Americans did not respond” to his query and he was forced to watch on from home.

The World No 7 waited until the very last days before the tournament to announce his decision to pull out of the draw, in the hope that he would be granted an exemption. He tweeted before the draw was made: “Sadly, I will not be able to travel to [New York] this time for US Open. Thank you #NoleFam for your messages of love and support.

“Good luck to my fellow players! I’ll keep in good shape and positive spirit and wait for an opportunity to compete again. See you soon tennis world!” 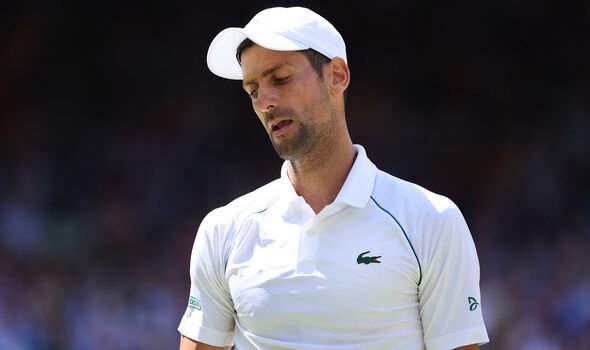 The reigning Wimbledon champion is desperate to become the most decorated Grand Slam player of all-time. His success at the Championships this summer took him to within just one major title of rival Rafael Nadal’s total of 22.

Playing on for longer could help Djokovic achieve that feat, especially with Nadal struggling with injuries.

Djokovic’s next Grand Slam could be a return to the Australian Open, with the country’s government having since relaxed their rules on vaccinations. From July 6 this year, foreign nationals do not need to provide evidence of any jabs.

He will then be able to play at the French Open and at Wimbledon. It remains to be seen whether American laws will be relaxed in a year’s time.