Serena Williams bids farewell to tennis after US Open defeat

Jessica Pegula sipped on a can of Heineken during her press conference on Wednesday to help complete a routine drugs test, the beaten US Open quarter-finalist revealed. The World No 7 was defeated by Iga Swiatek to end her run at Flushing Meadows.

Pegula, who is the daughter of billionaire businessman Terry Pegula, lost 6-3 7-6 against the World No 1. It is the third time this year that she has exited a Grand Slam at the quarter-final stage.

The 28-year-old spoke to the media after the match while drinking lager. She explained that she was trying to urinate for a regular doping test.

“I like the Heineken,” a reporter quipped. Pegula responded: I’m trying to pee for doping. Although it does help ease the loss!”

JUST IN: Carlos Alcaraz wary of Tiafoe for two reasons after US Open marathon 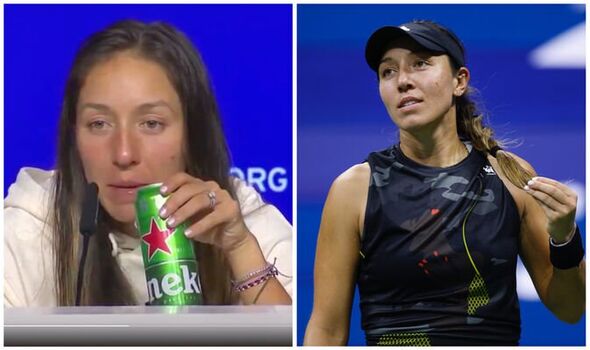 Pegula was deflated following her defeat. She was also beaten by Swiatek in the last-eight at the French Open. The now-retired Ash Barty knocked her out of the Australian Open at the same stage at the start of the year.

She joked that she hopes to avoid playing the pair in quarter-finals in future. Pegula is yet to reach a Grand Slam semi-final in her career.

“Honestly, I don’t know. I go back and forth. Oh, I should be positive. At the same time I’m like, three quarter-finals,” the American said when asked about her run of quarter-final defeats.

“I wish I could have done it here at my home Slam, but I guess not. I wish I didn’t have to play Iga every quarter-final or Ash Barty, which seem to be the two people that don’t really lose that often. 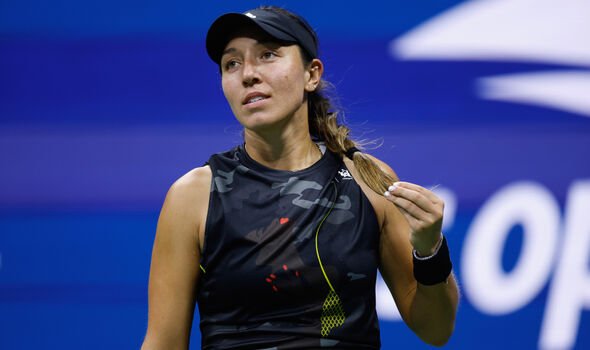 “I mean, I had a great year at the Slams. I know there’s still some tournaments left. I’m a little deflated right now. I just wish it would have been different tonight.”

Meanwhile, the 21-year-old Swiatek revealed she was not expecting to go far at the US Open. The Pole had been in poor form heading into the tournament and was knocked out of Wimbledon in the third round.

“I wasn’t expecting that (a semi-final) at the beginning of the tournament. I was trying to keep my expectations low,” Swiatek told journalists after beating Pegula.

“I’m super proud of myself. My goal, basically, is to be consistent. I remember when I was an underdog and every match like that was surreal. Now it feels pretty routine.”