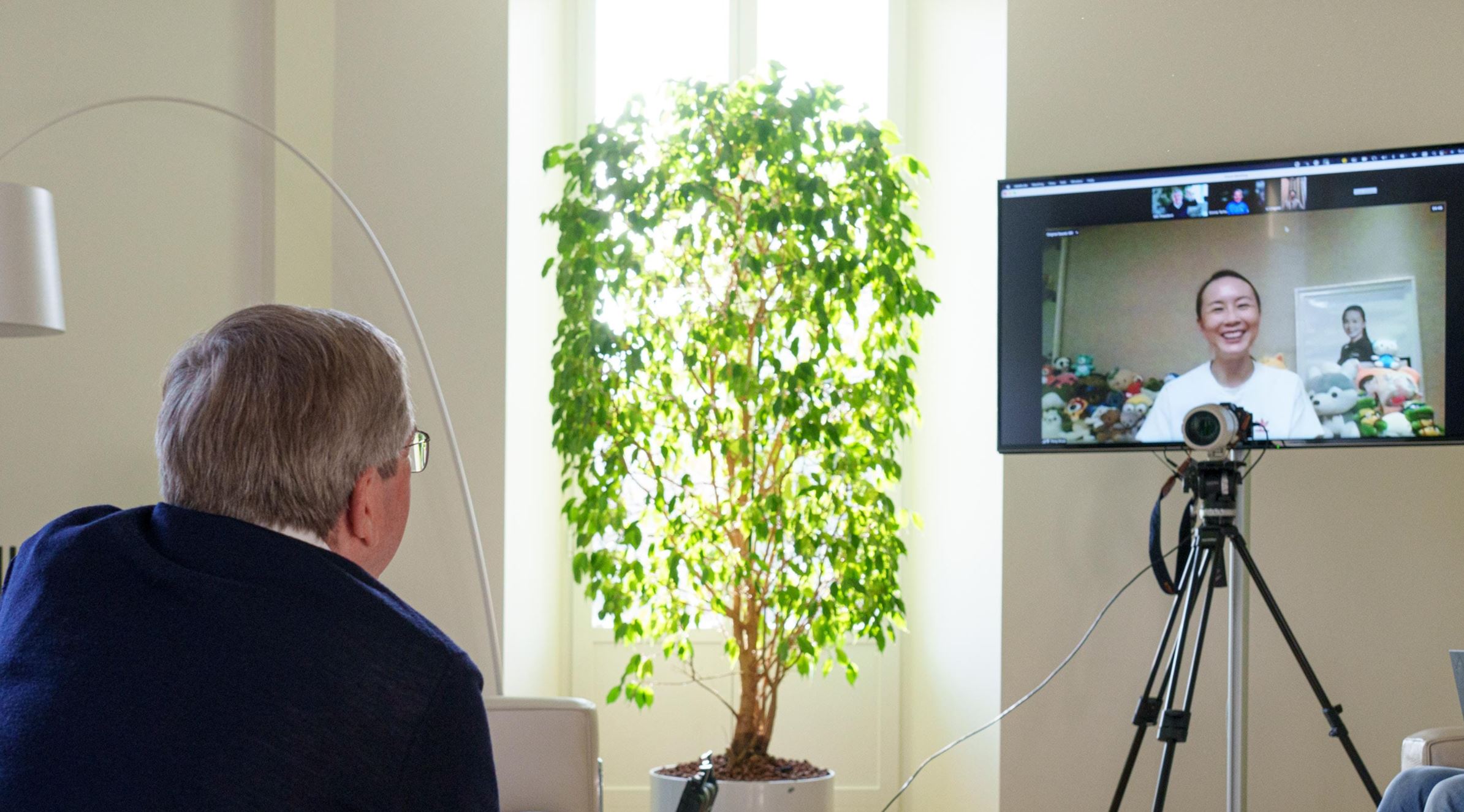 Peng Shuai has held a 30-minute video call with IOC President Thomas Bach in which she reportedly told the International Olympic Committee she is ‘safe and well.’

Peng, a two-time Grand Slam doubles champion, has been in the headlines of late following a nearly three-week public absence after she made allegations a former senior Chinese official sexually assaulted her.

But on Sunday, the IOC released a statement, along with a picture of Peng on a video call, insisting the tennis player is ‘safe and well.’

The statement said Peng confirmed she is ‘living at her home in Beijing’ but wants her ‘privacy respected.’

She is reportedly enjoying spending time with friends and family right now but will continue to be ‘involved in tennis.’

“I was relieved to see that Peng Shuai was doing fine, which was our main concern,’ said Emma Terho, Chair of the IOC Athletes’ Commission, who was also on the video call.

‘She appeared to be relaxed. I offered her our support and to stay in touch at any time of her convenience, which she obviously appreciated.’

On Saturday, images supposedly showed Peng having dinner with her coach and friends in Beijing.

The likes of Novak Djokovic, Rafael Nadal, Roger Federer, Serena Williams and Naomi Osaka have all offered their support to Peng in recent days as the world of tennis demands answers over the player’s safety and wellbeing.

Tennis authorities have still been calling for clarity on Peng’s situation as they are yet to hear from her directly, with Women’s Tennis Association Chairman Steve Simon saying he had a hard time believing an email supposedly written by Peng and released by Chinese state media was legitimate.

Peng’s Weibo account has still not reappeared after it was removed from the Chinese microblogging site shortly after her allegations.

Zhang, who served as a close ally of Chinese President Xi Jinping, has not responded to the claims made by the former number one ranked tennis doubles player.

Naomi Osaka withdraws from Wimbledon but will compete at Olympics