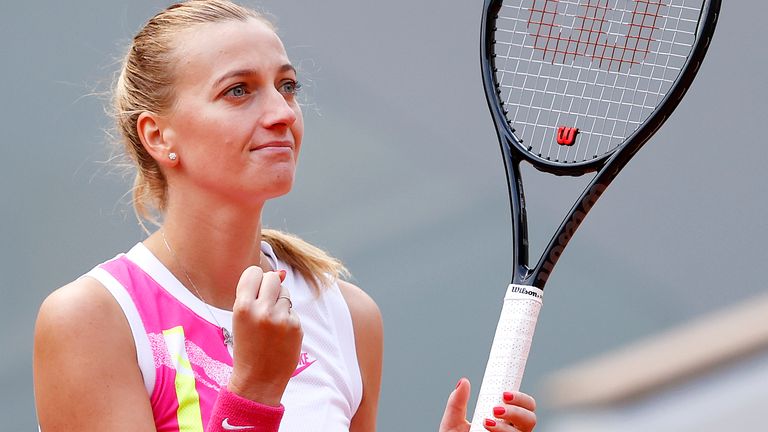 Petra Kvitova is enjoying her “lucky place” as she closes in on an emotional maiden French Open triumph.

The two-time Wimbledon champion swept aside unseeded Laura Siegemund 6-3 6-3 to reach the semi-finals in an hour and 20 minutes on Wednesday.

The seventh seed is one of the players who is keeping a cool head, in a tournament where so many seeds have already fallen by the wayside.

Kvitova is back at the scene of her comeback, Roland Garros is the place where she returned to tennis after the horrific knife attack which left her fighting for her career. 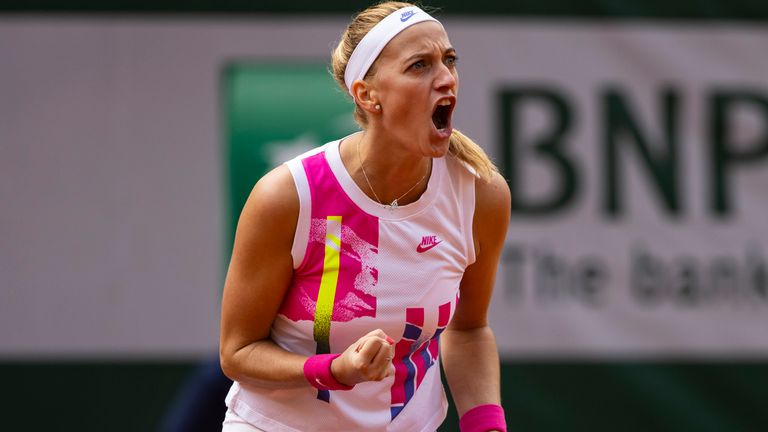 As a result, the French Open has a special place in her heart and it’s why this campaign is proving to be an emotional one.

“It means a lot to me, definitely,” Kvitova said on Court Philippe Chatrier after her quarter-final victory. “I didn’t dream to be in a semi-final after everything that happened.

“Right now it’s my lucky place, I’m really happy to be here, to play. I really missed it when I was off. I’m happy I’m still able to play and compete with the best.”

Siegemund, Kvitova’s 66th-ranked quarter-final opponent, was appearing in the second week of a Grand Slam for the first time in her career and had lost her only other meeting against the left-hander back in 2015.

Siegemund did not pose a challenge in the opening set as Kvitova put in a near-perfect show.

The left-hander hit six aces, lost just a single point on her first serve and converted her first break-point opportunity to canter through the set in just 34 minutes.

However, despite suffering from a lower back problem, Siegemund gave a good account of her fighting spirit in the second set and upped her game.

Kvitova remained cool though, and after the pair shared the first six games, she restored her dominance and went on to secure the match on her second match point.

“You are playing the quarter-finals of a Grand Slam, so I expected her to play very well, which she showed whole match,” Kvitova added. The Czech will now meet the fourth seed, Sofia Kenin, for a place in her maiden final at Roland Garros.

Kenin kept up her bid for an Australian and French Open double by winning her all-American quarter-final with Danielle Collins.

Collins had won all three of their previous meetings, but a side injury put paid to her chances of a fourth as Kenin completed a 6-4 4-6 6-0 victory.

After a sluggish first set, Collins began to impose her power in the second, and having retrieved a break, forced set points on the Kenin serve.

The 26-year-old, ranked 57 in the world, took the set at the fourth attempt when Kenin’s forehand floated long.

But Collins’ serving numbers dipped dramatically in the third, and at 4-0 down, it became clear why as she needed lengthy treatment from the trainer.

Kenin’s focus did not wave and she duly completed the job in two horus and four minutes.

“I know Danielle plays really aggressive [tennis] so I had to play aggressive too and take my chances. I feel like I did a really good job.”

The other semi-final will be between Polish teenager Iga Swiatek and Nadia Podoroska, who is the first qualifier to reach the final four of the women’s French Open draw.

Sam Querrey left Russia on private jet instead of isolating, according to organisers