Rafael Nadal may not have had to work too hard to defeat Fabio Fognini to reach the Australian Open quarter-finals, but Stefanos Tsitsipas may have a slight advantage according to Tim Henman. Nadal is yet to drop a set at the Australian Open in four matches having brushed aside Fognini with ease.

The Italian tennis star went a break up in the second set but Nadal was able to step up another gear to keep up his perfect record in the tournament.

He was set to discover his quarter-final opponent later in the day with Tsitsipas scheduled to face Matteo Berrettini, but the No 9 seed was forced to withdraw before the match with an abdominal injury.

Nadal and Tsitsipas will now compete for a place in the final four on Wednesday in what will be the eighth meeting between the pair.

The world No 2 holds an impressive record against Tsitsipas, winning six of their seven matches to date. 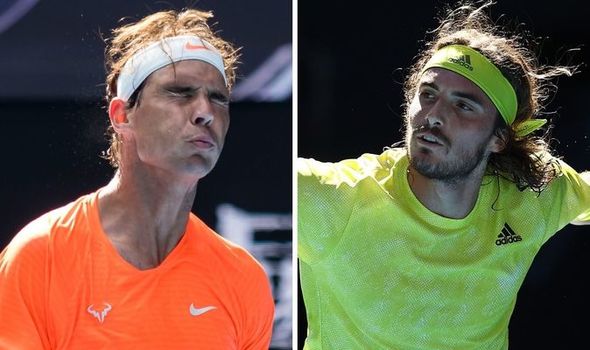 But recent matches between the duo have been closely fought, with Tsitsipas picking up his solitary win over Nadal at the 2019 Madrid Open.

The Australian Open is also where Tsitsipas has recorded his joint-best Grand Slam performance – reaching the semi-finals in 2019 where he lost to Nadal.

He did look out of sorts in his second-round match against Thanasi Kokkinakis last week, needing five sets to advance.

And his walkover in the fourth round means Tsitsipas will have four days total rest before returning to the court before his match against Nadal.

Nadal notoriously makes his opponent work hard all over the court and Henman believes the extra rest available to Tsitsipas will be invaluable.

“I think it’s helpful for Stefanos, there’s no doubt about it,” Henman said on Eurosport.

“When you are going to play Nadal you need to have a full tank, full of energy.

“He would never wish that on his opponent, but now that he is through he has got to take advantage.

“I’m sure he’ll probably have a decent practice session, he was preparing for the match so he’ll want to go out there and hit some balls with his coach but then change his focus from what would have been a difficult match against Berrettini to what will be an even bigger challenge against Nadal.” 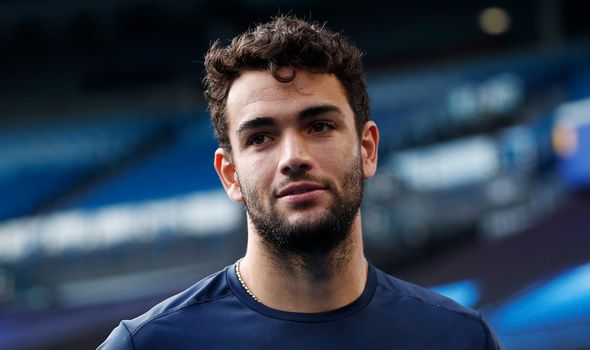 It’s disappointment for Berrettini though, who looked good in the opening three matches to make it a career-best performance at the Australian Open to reach the fourth round.

But the 24-year-old admitted that he was not prepared to risk further injuring himself after consulting with his team.

“I spoke to the doctor and they told me it can get worse so obviously I’m not 100 per cent and with the team I decided not to play because it’s not worth the risk on this big stage.”

He added: “What I felt at the end of the match with Khachanov was something that was bigger than I thought so I cannot play.

“During the match I felt something that I hoped wasn’t that big but I guess it is because I’m here not able to play.”

Cranky Nick Kyrgios smashes racquet, throws it into the stands