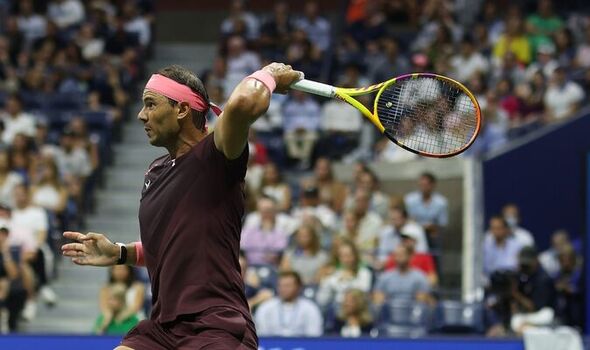 Tennis legend Rafael Nadal has accepted an invitation to play mixed doubles with 1990 US Open winner Gabriela Sabatini when he visits her home country. Nadal, who recently became a father, last played at the Laver Cup last month and following the birth of his son is preparing for some end season exhibition matches in South America.

Fans hope to see Nadal compete at the season ending ATP Tour finals which take place in Turin on November 13 and 14. Afterwards Nadal is set to play world number three Casper Ruud in exhibition singles matches in Mexico, Ecuador, Colombia, and Chile and now a mixed doubles match in Argentina.

Former world number three in both singles and doubles Sabatini won 27 singles titles including the US Open and was Wimbledon finalist in 1991. Now aged 52 she stays in shape and posted a video on Instagram to Nadal.

In her video to the Spaniard she wrote: “Hello Rafa, it’s good that you came to Argentina to play the rematch with Casper. Because of the admiration I have for you, I challenge you to a mixed double. Do you accept? You welcome ;)”

Nadal is keen to play a mixed doubles with Sabatini but is now challenged with finding a fellow female player to partner Ruud and make the game a competitive one. He replied on Instagram stating: “Hello Gaby, of course yes. I’m happy to play that mixed double with you when I go to Argentina. Now we need to find another player that plays with @casperruud and is on your level…. I find it complicated! sending you a kiss!

Roger Federer embarked on a similar exhibition series against Alexander Zverev in 2019 and set the record for the most-attended tennis match ever in Mexico, and Nadal will now play at the same venue. Some 42,517 fans watched the now retired Swiss star play a ‘La Mexico’ bullring in Mexico City where Nadal and Rudd will play on December 1.

Nadal and Rudd will play the first exhibition match of their South American tour in Buenos Aires on November 23. Ruud will be keen to get revenge on the 36-year-old after reaching his maiden Grand Slam final at Roland Garros this year, where he was defeated by Nadal 6-3, 6-3, 6-0 as the Spaniard lifted a record-extending 14th French Open title and 22nd overall major title.

Sabatini was once the glamour girl of the tennis tour from the mid-1980s to the mid-1990s. In doubles she partnered Steffi Graf to victory at Wimbledon in 1988 and reached three French Open finals.