Rafael Nadal says he is “ready to accept” that he will soon no longer be deemed one of the best tennis players in the world – but he is not willing to go down without a fight. For the best part of two decades Nadal, along with Roger Federer and Novak Djokovic, have dominated men’s tennis.

The world rankings and Grand Slam tournaments have had a similar feel with the Big Three coming out on top, for the most part.

However, there are signs that the times are beginning to change as the next generation continue to knock on the door.

Nadal, Federer and Djokovic have not won a Masters tournament over the last 12 months.

Daniil Medvedev, Hubert Kurkacz, Stefanos Tsitsipas and Alexander Zverev have come out on top in the last four ATP 1000 events.

Nadal is preparing for his stronghold on tennis slip away – but he will not go down without a fight. 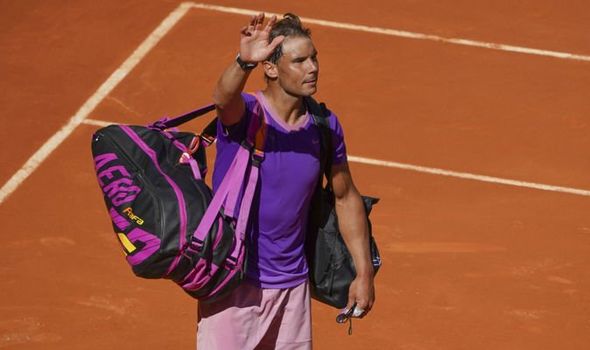 “It is something normal,” he said. “First thing is that we are missing events. Second thing, there is a new generation of players that are good.

“I think we [himself, Djokovic and Nadal] are 34, 34, 39. That’s something usual that nothing is forever. You need to be ready to accept.

“It is normal that after almost 20 years on the tour there is another generation that are winning tournaments.

“We have been achieving almost every single important event for the last 19 years. Nothing strange. 100% ready to accept that. But I am going to keep fighting.

“That means that in three weeks there is another Grand Slam that I like to play. I am going to fight to try to play well there.”

Nadal has slipped to No 3 in the world rankings which means he could have to face Federer and Djokovic to even gets to the French Open final.

But first his intention is on trying to build momentum ahead of Roland Garros, starting with his opening Italian Open clash with Jannik Sinner today.

“All the matches are difficult,” the 34-year-old explained. “If you talk about a player who is very young and he’s improving every day for sure, and he’s in a moment that he’s ascending in the ranking, he’s confident, he played a great tournament in Miami, is normal is going to be a very tough one. 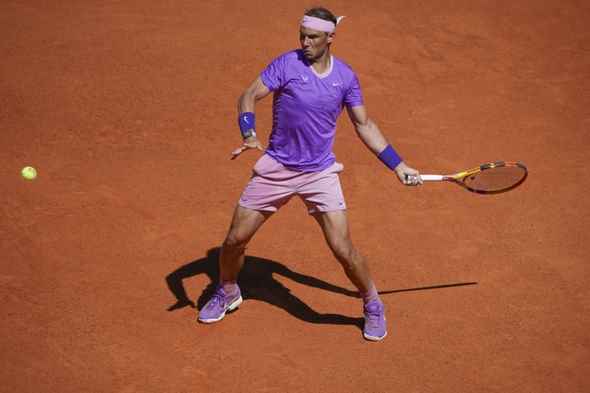 “I always try to play enough good to win the match. Sometimes that happens, sometimes it goes other way.

“Tomorrow I need to play well, of course. I know he’s playing well. I know he’s going to be excited about the match. So I am, too. I am excited.

“I am happy to be in Rome, a place that I know very well and I had great, great tournaments. So, yeah, let’s see. I am quite excited to play that match, too.”