Rafael Nadal has been told by former world No 6 Nikola Pilic that he would not have beaten Novak Djokovic in the Wimbledon final if the Spaniard had not withdrawn due to injury, while the Serbian was declared better than both Nadal and Roger Federer in the Croatian’s eyes. Djokovic moved one behind Nadal in the race for the most Grand Slams of all time with his seventh Wimbledon victory last week.

“Nadal didn’t play well the whole tournament,” Pilic told Sport Klub. “He struggled with form, I don’t think he could beat Djokovic in the final. I’m pretty sure of that.

“Novak is better than Nadal and Federer by all parameters. He was the number one player in the world for 374 weeks, which is impressive. Also, Novak has a positive head-to-head with almost all players. But of course, hats off to Nadal too. For hundreds of years, no one will win 14 titles at Roland Garros like him.”

Nadal aggravated an abdominal injury during his quarter-final win over American Taylor Fritz and was forced to withdraw from SW19 before his semi with Nick Kyrgios. The Aussie received a walkover to the final where he faced Djokovic, who defeated Kyrgios 4-6, 6-3, 6-4, 7-6 (7-3) to claim his 21st Grand Slam. 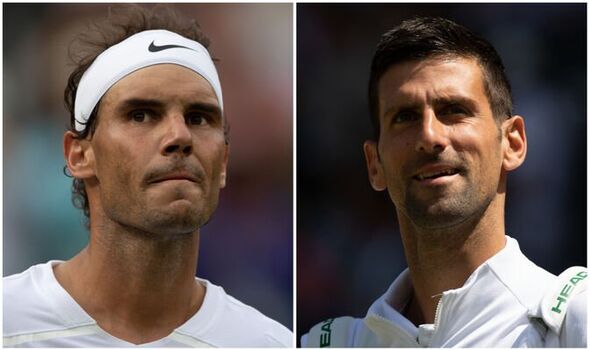 Despite Pilic’s claim that Djokovic is better than Nadal and Federer by all measures, he does hold one fewer Major title than Nadal. The Serbian had the opportunity to move ahead in the race at last year’s US Open when the duo were tied and Djokovic could have moved ahead with victory over Daniil Medvedev, but the Russian defeated Djokovic to win his first Grand Slam.

Djokovic then was not allowed to compete at the Australian Open after he was deported from the country, Nadal then won that tournament and then claimed his 14th French Open to move two titles ahead of Djokovic, before the 35-year-old clawed one back with victory at Wimbledon. Djokovic will hope to tie Nadal at the US Open, but currently is not allowed to travel to New York as all visitors to the country must be vaccinated against Covid-19. 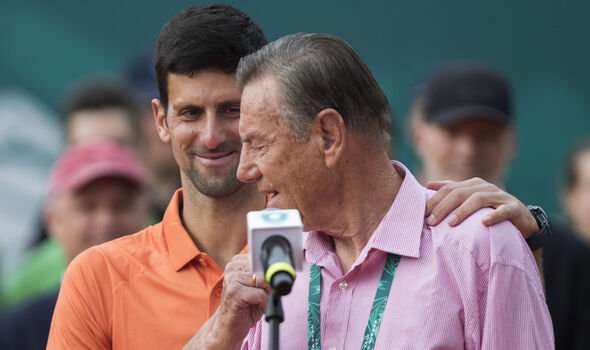 President Joe Biden was called out by Texas state senator Drew Springer for not allowing Djokovic to compete, as the Serbian admitted that he does not anticipate receiving an exemption to play.

“I’m not vaccinated and I’m not planning to get vaccinated,” Djokovic said. “So the only good news I can have is them removing the mandated green vaccine card or whatever you call it to enter [the] United States or exemption.

Maria Sharapova’s ‘sad’ retirement the first of many to come, says Laura Robson