Home » Tennis » Roger Federer, Andy Murray and Nick Kyrgios have all made damning verdict on Wimbledon

What to expect from a new-look Wimbledon

Wimbledon has come under fire this year from a host of big-name tennis stars such as Roger Federer, Andy Murray and Nick Kyrgios. After Wimbledon was cancelled in 2020, players were excited at the chance to return to SW19 for the first time in two years.

Adverse weather conditions though have wreaked havoc on the schedule with play delayed for several hours on the outside courts through the first two days.

The roof was also closed for the whole day on Tuesday, which can often change conditions on the court.

However, there has been a concerning trend at this year’s Wimbledon among players on both the main courts and those playing outside.

The outside courts have been covered whenever drops of rain have appeared with the roof taking just 10 minutes to close on both Centre Court and Court No 1. 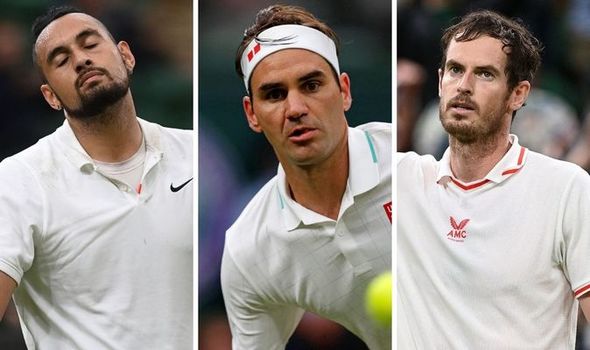 But it appears as though most of the players are not happy with the conditions, which have been highlighted by forced retirements from Adrian Mannarino and Serena Williams due to to injury.

He tweeted: “Brutal for @serenawilliams but centre court is extremely slippy out there. Not easy to move out there.”

Kyrgios played later in the day after having his match with Ugo Humbert moved onto Court No 1.

And the Australian caught the attention of fans after launching an x-rated rant on the conditions at Wimbledon this year as the cameras cut to him at a changeover in the match.

“That’s grass court tennis. They’ve made it slow. This isn’t grass anymore. This is slow. It’s a joke.

“Stop cutting it so f***ing short man. It’s so short isn’t it? Start watering it too. Make it a grass court again.” 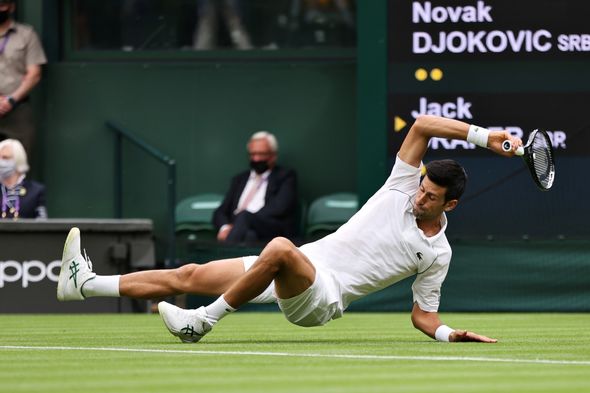 Federer was less damning in his verdict, insisting the first two days at Wimbledon are often more slippery.

But the 20-time Grand Slam champion did admit that he’s had to adapt his game slightly to feel more safe on the court.

“I do feel it feels a tad more slippery maybe under the roof. I don’t know if it’s just a gut feeling. You do have to move very, very carefully out there. If you push too hard in the wrong moments, you do go down,” Federer said.

“I do feel it’s drier during the day. With the wind and all that stuff, it takes the moist out of the grass.”