Roger Federer has revealed he is enjoying the rise of world No 1 Carlos Alcaraz. Federer has responded to the 19-year-old’s message about his retirement with a classy gesture of his own.

The Swiss legend announced on Thursday he would be hanging up his racquet after the upcoming Laver Cup. Federer has been hampered by knee problems in recent years and feels he is unable to return to the tour.

Alcaraz has shown a glimpse into the future by winning his maiden Grand Slam at the US Open last Sunday, beating Norway’s Casper Ruud. The Spaniard is predicted by many to be the successor to former world No 1s Rafael Nadal and Novak Djokovic.

And Federer is excited by what he has seen from the teenager so far. He took to Instagram to thank Alcaraz for his message and write one of his own. 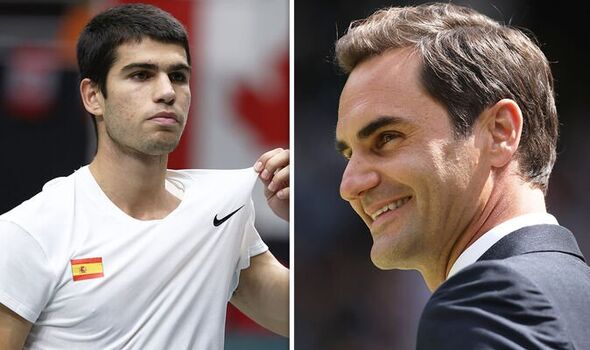 Federer wrote: “Thanks for your kind words. Enjoying watching your rise. Congrats on the Open Carlitos.”

Federer was responding to Alcaraz’s post following the announcement of his retirement. Alcaraz thanked Federer for all his achievements in tennis.

He wrote: “Roger has been one of my idols and a source of inspiration! Thank you for everything you have done for our sport! I still want to play with you! Wish you all the luck in the world for what comes next! @rogerfederer.”

Alcaraz’s rise to the top has attracted plenty of plaudits in the world of tennis. Former seven-time Grand Slam singles champion Mats Wilander expects Alcaraz to dominate for years to come. 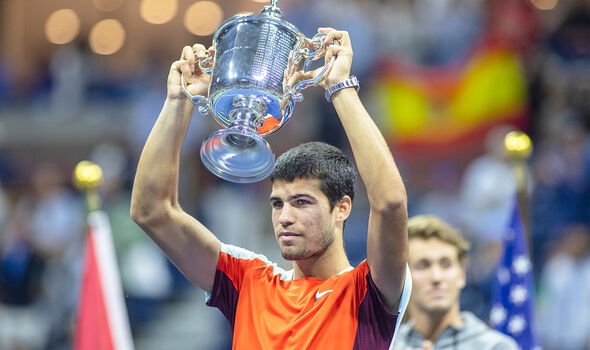 “We will always remember this rise from Carlos Alcaraz,” Wilander told Eurosport. “I will also always remember Casper Ruud for putting up a great fight, and for making two Grand Slam finals in 2022, now No 2 in the world.

“Carlos Alcaraz, he was going to get to No 1 at some point, but to see him do it here by winning is absolutely historic. Carlitos is so mature off the court and on the court – the two go hand-in-hand.

“He is unreal in his attitude – unreal. It is incredible.

“The most consistent player becomes the No. 1 in the world and Ruud becomes world No 2. He is not going anywhere for the next 10 years.”