Roger Federer’s fitness is still ‘lagging behind’ ahead of the French Open, according to his coach Severin Luthi.

The Swiss has been hampered by injuries this year after undergoing two minor surgeries to his right knee in 2020.

He required a second operation after the first failed to fix the issue, and the 39-year-old has barely been seen since.

Federer’s only competitive action this season was the Qatar Open in March. He reached the semi-finals but was knocked out by the eventual winner Nikoloz Basilashvili.

It was the first time that Federer had played on the tour for more than a year.

He then missed the Miami Open later that month, with agent Tony Godsick telling the Associated Press that Federer was trying “to work his way back on the tour” following his injury issues.

Federer’s preparation for the French Open will see him play in just one tournament, the Geneva Open which takes place between 16-22 May. He recently tweeted that the time between now and then would be used to train. 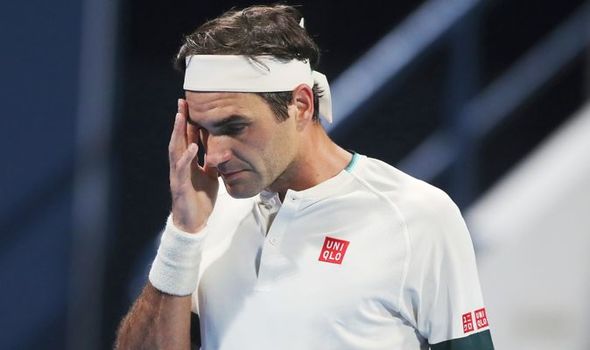 The French Open then starts two days later and the final is expected to be played on 13 June.

But Luthi, Federer’s coach since 2007, has said that the 20-times Grand Slam champion is still behind in his preparation.

“In terms of fitness, Roger is still lagging behind, which is a priority,” Luthi told SRF.

“Tennis practice sessions are very intense and good but are not taking place that often yet like it would be in a tournament environment.

“Roger gives you a lot back. I’ve learned a lot on the human side. I just try to do everything in my power to help him.

“I see us coaches more as consultants. In the end, Roger (makes the decisions) on the court.”

After the Qatar Open, Federer said he hoped to be fully fit for the Wimbledon Championships, which take place across June and July.

“I hope that by Wimbledon I’m going to be 100 per cent and that’s when the season starts for me.

“Everything until then it’s just ‘let’s see how it goes’ – I might surprise myself but then actually I’ve already done in practice the last few weeks, I was surprised at actually how well it did go, but like we know, matches are a different animal.”

Federer, still the world number eight despite his absence, has eight Wimbledon Championships. However, he has not won since defeating Marin Cilic in the 2017 final.

He was beaten by Novak Djokovic in the latest final in 2019.

Keys to the offseason: Free-agency, draft plans for the 15 non-playoff teams
Recent Posts