Teenage US Open winner Carlos Alcaraz has been tipped to receive a popularity boost after the news that Roger Federer will retire from the sport after next week’s Laver Cup. The Swiss star confirmed that the O2 Arena event where he will compete alongside Rafael Nadal, Novak Djokovic and Andy Murray would be his last professional outing before calling it a day on his spectacular career in an Instagram post on Thursday.

Spanish sensation Alcaraz saw his stardom reach a new level after winning the US Open earlier this month, and he has been told that Federer’s fans in the sport will flock to him as opposed to Nadal or Djokovic, by seven-time Grand Slam winner Mats Wilander. “I don’t think it’s going to make either of them [Nadal or Djokovic] more popular because Roger Federer is gone,” Wilander told Eurosport.

“I think Roger Federer takes his popularity with him. I don’t know if the people that have been Roger Federer fans are completely devoted to Roger. I don’t think they’re going to jump onto the bandwagon or Rafa Nadal and Novak Djokovic, I think they’re going to find a new guy. And the new guy as we all realise is going to be Carlos Alcaraz. I think Federer fans will go to Alcaraz.

“I think for Rafa, especially for Rafa, I think there is something that’s going to feel empty to him because his greatness was built upon the rivalry with Roger Federer. Without Roger, Rafa would have been most probably known as a clay court player. 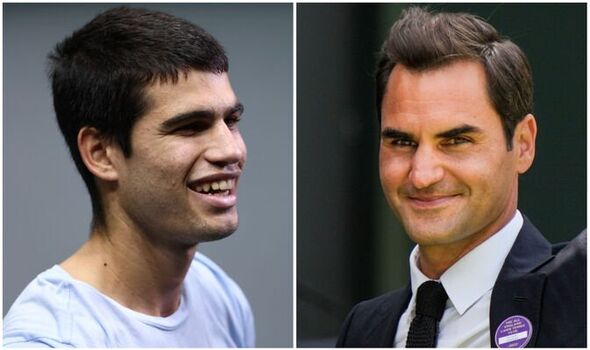 “Roger took him to the level of ‘okay, I want to be able to compete with the greatest player of all time’ who is Roger Federer, and then Rafa did that for Novak having no luck has just lost one of his opponents that he loves to play against. And they’re both going to miss him, I think tremendously.”

Alcaraz, who also became the new world No 1 after defeating Casper Ruud in the final in New York, paid tribute to Federer in a series of tweets. “Roger…” Alcaraz tweeted, accompanied by a broken heart emoji. 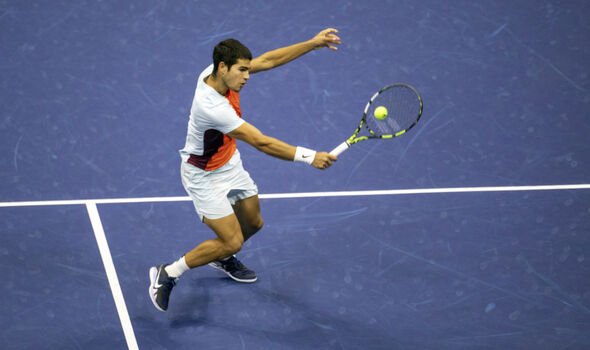 “Roger has been one of my idols and a source of inspiration! Thank you for everything you have done for our sport! I still want to play with you! Wish you all the luck in the world for what comes next!”

Alcaraz won’t get the chance to compete alongside Federer at the Laver Cup however, as Bjorn Borg’s Team Europe is comprised of Federer, Djokovic, Nadal, Murray, Stefanos Tsitsipas and Ruud.

There had been rumours that Nadal may pull out after suggesting he would take a break after his US Open defeat to Frances Tiafoe and Djokovic would not take part in a second event after pulling out of the Davis Cup through personal reasons, but it is unlikely that the duo would miss Federer’s final event as a professional.

Who is Emma Raducanu? The 18-year-old rising star lighting up the US Open after Wimbledon breakthrough