Serena Williams kept alive her bid to win a record-equalling 24th Grand Slam title by battling back to beat Sloane Stephens at the US Open.

World No 39 Stephens took the first set in the third-round clash between the two former champions.

But six-time winner Williams overcame early nerves to fight to win 2-6 6-2 6-2 in one hour and 43 minutes to reach the fourth round.

She will face Greece’s Maria Sakkari, the No.15 seed who beat her at the Western & Southern Open in New York last week.

The top two seeds in the women’s draw – Karolina Pliskova and Sofia Kenin – are already out while six of the world’s top eight did not travel to the United States. 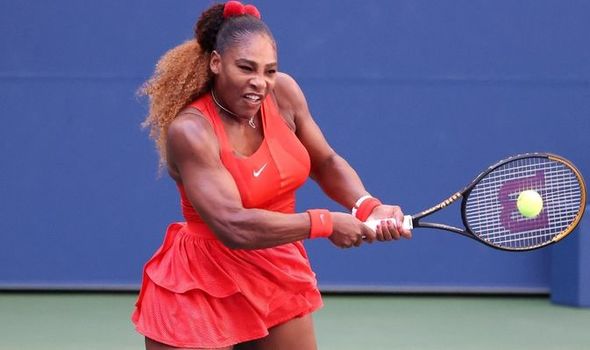 Williams said: “It was intense, I have to say. We always play some incredible matches and it brings outthe best of my fitness when I play Sloane. She is obviously a great player, she has won on this court.

“In that first set, I don’t think she made any errors. She was just playing so clean and I just said: ‘I don’t want to lose in straight sets’. I was like: ‘She is playing so good. Serena, just get a game, get a game’. And next thing I know, I won the second set and I was like: ‘Great’.

“I was most pleased with hust staying in it and playing against an opponent that played so well and not letting that get me down. That was so impressive for me.”

Williams, who turns 39 later this month, won her 23rd and last Major title at the Australian Open in January 2017 when she was eight months pregnant.

Since her return to action, she has lost four finals – two at Wimbledon and two in New York – as she failed to draw level with Margaret Court’s record. 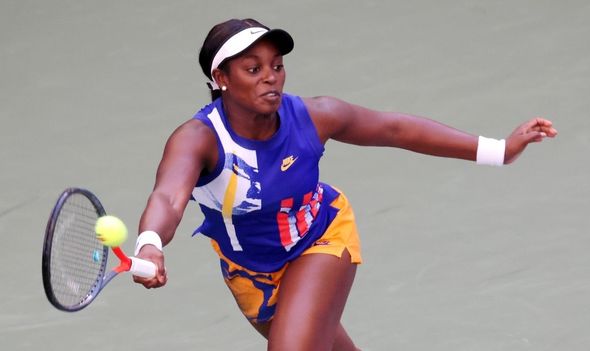 This latest attempt looked in serious danger when 2017 champion Stephens, who had won only one match this year before the US Open, dominated the first set.

The No 3 seed won only 61% of points on her usually deadly first serve – and 39% on her second – and was broken twice as she lost the opening set in 38 minutes.

Amazon Prime commentator Annabel Croft claimed: “I feel she is almost hyper-ventilating at the moment.

“I think she has been anxious the whole match. She hasn’t really played with freedom.

“She isn’t hitting out at the ball – she is pushing it.”

But Williams settled her nerves in the second as she found her first serve and Stephens made a series of unforced errors.

She took her fourth break point of the match to lead 3-2 before drawing level.

And Williams broke the erratic Stephens twice more in the third set and took the match with her first match point when the younger American sent a forehand long.

There was no crowd on Arthur Ashe Stadium but fellow stars came out of their suites to watch the contest – and her young daughter Alexis Olympia Ohanian Jr was also courtside.

“I forget she was coming out,” said Williams. “I hope she saw her mamma fighting but I don’t think she was paying attention between you and me. She may have been playing with princesses upstairs.”