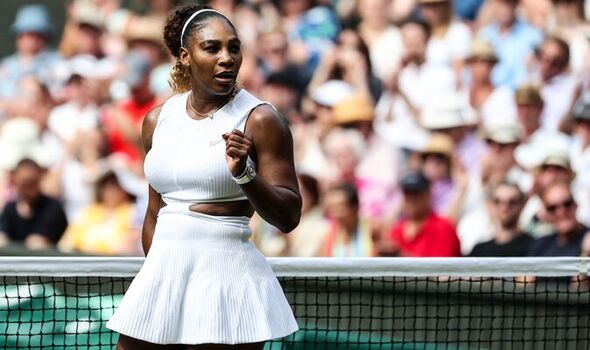 Paula Badosa has admitted that “no one” wants to face Serena Williams when the 23-time Grand Slam champion makes her return at Wimbledon. The former world No 1 will partner Ons Jabeur in doubles at Eastbourne next week before making her comeback at the All England Club, 12 months after getting injured on the Centre Court grass.

Williams is back in Eastbourne for the first time since 2011 to partner the world No 4 in doubles to get some time on the grass ahead of her singles return at Wimbledon following a one-year layoff for an injury she picked up at SW19 last year. And the singles top seed at the Eastbourne Rothesay International has admitted she is “praying” not to come up against the American in her return.

“Of course I think it surprised everyone,” the world No 3 said of the response to Williams’ comeback announcement. “But it’s very good to have her back and it really amazes me how she has all this hunger for the game so I think that’s very inspirational.”

While the Spaniard was hoping to see the younger Williams sister stay on the tour for as long as possible, she also admitted that nobody on the WTA Tour wanted to come up against the 40-year-old despite 12 months away from the game. “It’s nice to have her back and I hope she can be back for much more time because I think she does very good for tennis,” Badosa continued.

JUST IN: Sue Barker ‘welling up’ as Matteo Berrettini pays tribute to her

“But [on] the other side, of course I don’t want to play against her so I hope the draw goes for other players because of course no one wants to play Serena, [especially] on grass. So yeah, let’s pray for that,” she laughed.

Williams announced her injury return on Tuesday with an Instagram post, sharing a photo of her white tennis shoes on a grass court and writing: “SW and SW19. It’s a date. 2022. See you there. Let’s go.”

The seven-time Wimbledon champion was then announced as one of the recipients of a main draw wild card after her ranking had dropped too low for direct entry following her year on the sidelines. And it was later confirmed that she had also received a wildcard into the doubles tournament in Eastbourne alongside Jabeur.

“I am excited to return to the Rothesay International Eastbourne in England and to be back on the grass – a surface that has been so good to me throughout my career,” Williams said after the announcement. “Eastbourne has a unique charm that you don’t see anywhere else on Tour and I’m looking forward to playing in front of the fans again.”

Australian Open prize money: How much will the winners make in 2021? Purse, breakdown for field