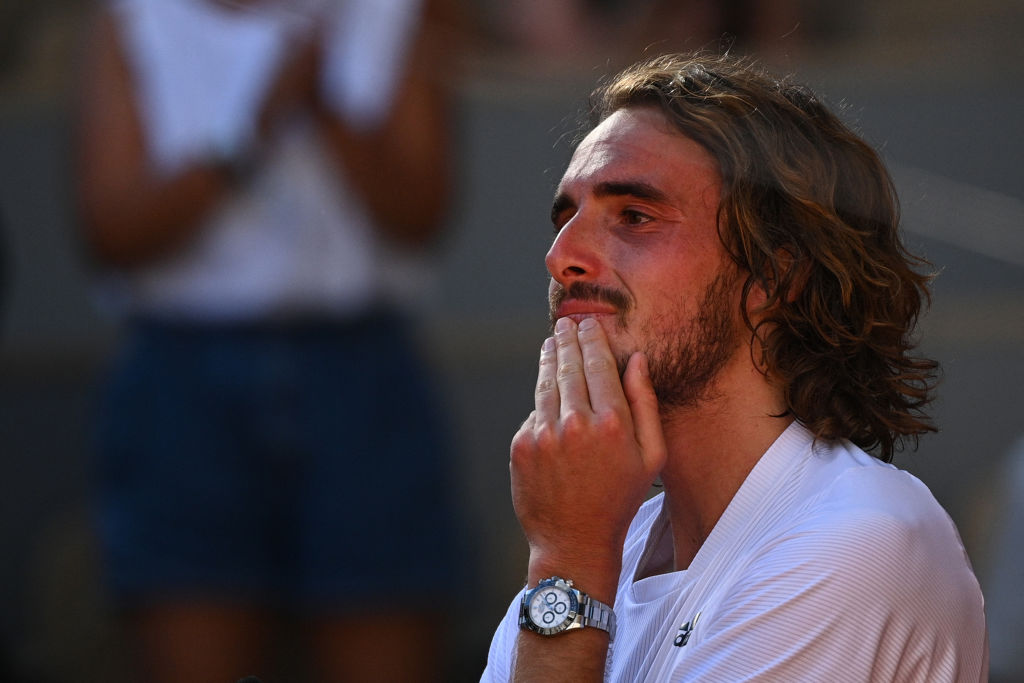 Stefanos Tsitsipas snapped a three-match losing streak in Grand Slam semi-finals to become the first player from Greece to reach a major final.

Tsitsipas, the world No. 5, defeated Germany’s Alexander Zverev in five sets to book his spot in the French Open final on Sunday.

It’s been a great tournament for Greece – who were agonisingly close to having two finalists but Maria Sakkari couldn’t convert a match point in her semi-final defeat to Barbora Krejcikova – and Tsitsipas, 22, will now hope to down either Rafael Nadal or Novak Djokovic in his first appearance in major final.

Receiving a huge ovation from the crowd after this latest win, the Athenian fought back the tears.

‘You know, all I could think of was my roots,’ Tsitsipas said. ‘Where I came from. I came from a really small place.