Wimbledon commentary duo John McEnroe and Sue Barker were criticised on Monday after they declared their support for Boris Becker during the BBC’s coverage of the SW19 Grand Slam. The three-time Wimbledon champion and former World No. 1 is serving a 30-month sentence at HMP Huntercombe near Henley-on-Thames in Oxfordshire.

Becker was found guilty of hiding £2.5 million of assets and loans to avoid paying debts. He was found guilty under the Insolvency Act and as the German is not a British citizen, he could be kicked out of the country once he is released.

The charges include nine counts of failing to hand over coveted awards, seven of concealing property, five of failing to disclose estate, two of removal of property and one of concealing debt. Becker reportedly failed to hand over nine trophies, including two of his three Wimbledon men’s singles titles, an Olympic gold medal, his 1991 and 1996 Australian Open trophies and his Davis Cup trophy and gold coin.

The 54-year-old was part of the BBC’s Wimbledon coverage last year, but he is now serving his two-and-a-half year sentence. During coverage, McEnroe said: “Boris, we love you. We miss you, man.”

Barker, who was leading the coverage for the BBC for the last time after 30 years, added: “We do indeed.” 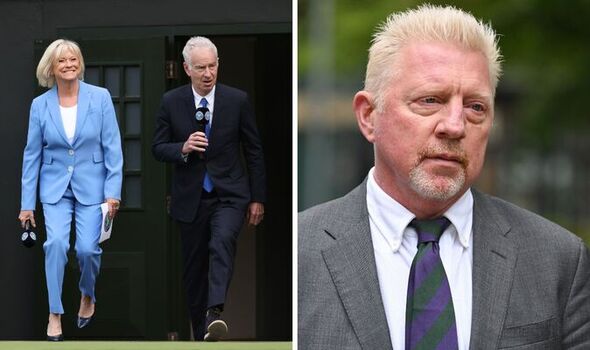 Viewers criticised the BBC for allowing the pair to ‘send greetings’ to Becker, and it comes after McEnroe said last week he planned to visit the German in prison during the tournament. The American, who won Wimbledon on three occasions, said: “Boris is a friend of mine. This is just horrible. I want to see him if I possibly can and if he’s willing to see people.

“I just feel terrible. He’s one of the great players that has ever played the game, and I know it meant a lot to Boris. He’s been going through a lot for a long time.”

Viewers also criticised commentator Andrew Castle earlier this month after he declared his support for Becker during the BBC’s coverage of the Queen’s Clubs Championships, the traditional warmup tournament before Wimbledon. The 58-year-old said: “I’ve had a real moment of missing Boris. I know he’s in prison and I know why. Boris, we look forward to welcoming you on your return.”

Becker’s girlfriend, Lilian de Carvalho Monteiro, and his son Noah attended the opening day of Wimbledon to watch Novak Djokovic defeat Soonwoo Kwon. Djokovic, who was coached by Becker between 2014 and 2016, has said he is in contact with the disgraced legend through his family. 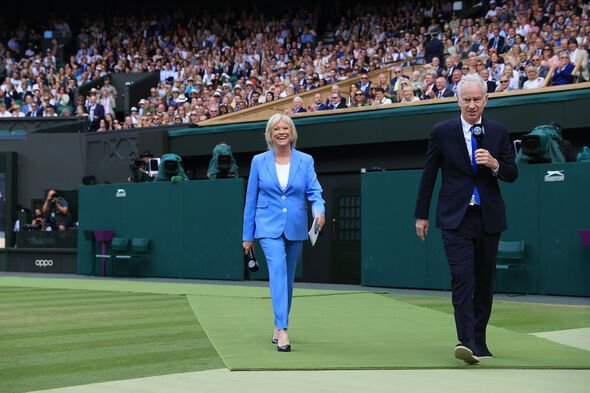 Becker has not let imprisonment stop him from suing a comedian after Oliver Pocher started a fundraising campaign labelled ‘Make Boris rich again’. The former tennis pro refused to collect €541.11 raised from the German public but was tricked into taking the cash on a television show in 2020 when he was handed a trophy for a bogus fashion icon award – and the cash was hidden inside.

“It is about the unauthorised broadcasting of footage. Boris Becker was ridiculed,” his lawyer Samy Hammad told Bild. “Even if my client is a public figure, he also has personal rights that were violated here.

“This has nothing to do with permitted satire. There’s a fine line between charming wit and cheekiness. Oliver Pocher has once again walked this fine line in the wrong direction.”

Emma Raducanu focused on ‘sparring partners’ after splitting with coach