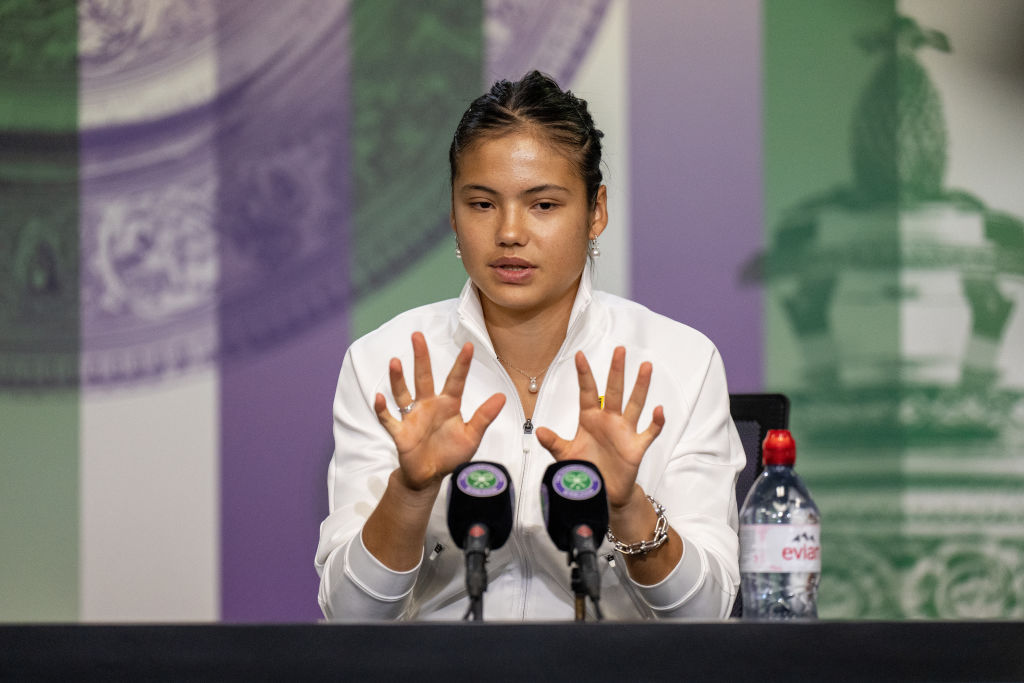 John McEnroe has blasted the British media for how they treated him during his playing career and has warned Emma Raducanu it may be even worse for her.

McEnroe, notorious for his antics on and off the tennis court, regularly made headlines for his behaviour and has even found controversy as a pundit, recently receiving criticism for his public support of convicted criminal Boris Becker.

The three-time Wimbledon winner was quizzed about British No.1 Raducanu – who recently entered the WTA top 10 – as she heads to the US Open at the end of August, with the 19-year-old attempting to defend her Flushing Meadows crown.

Raducanu has struggled since that 2021 Grand Slam triumph and has chopped and changed her coaches since, crashing out in the second round of Wimbledon this year and failing to land a WTA Tour title since her fairy-tale run in New York.

Speaking about the media pressure from the British press Raducanu has faced and will continue to face as she looks to get back to her top level, McEnroe told Tennis365: ‘I got this to a fairly significant degree in the late 1970s and early 80s.

‘It got to the stage that I thought if I ever win Wimbledon I’m never coming back, to hell with these people.

‘It so happened when I won it first the first time that I felt I could fly out of the stadium because the high was so great and I thought maybe I want to come back.

‘It may be worse for [Emma Raducanu] because she is living it day in, day out. But I am pulling for her. We all are. Maybe she can use that to her advantage somehow.’

Raducanu received advice from Rafael Nadal following her early Wimbledon exit this year, while British legend Andy Murray has said he would be open to coaching her in the future.

McEnroe feels she has a big future in the sport despite her recent struggles, adding: ‘No one wins a major if they are not a great player and hopefully she has belief, but a lot has changed for her since then.

‘She is obviously a breath of fresh air. She is a very sweet girl, a beautiful girl and plays great tennis. What’s not to like.

‘It has been hard to watch her struggling, but I don’t know if she needs time. She needs the right stability and people around her.’