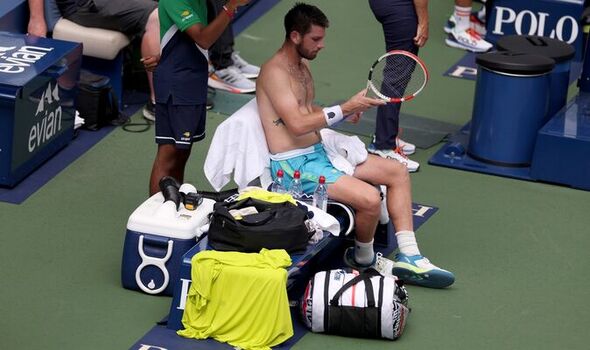 The US Open has been accused of bungling their preparations for the rain as the likes of Cameron Norrie were left waiting in the rain as the main showcourt’s roofs failed to close in time. Norrie and ninth seed Andrey Rublev were initially expected to stop earlier in the second set for the roof to close as rain was expected but the plans were aborted, and the players were then forced to stop play for more than 18 minutes as the rain came in and soaked the court before the roof was shut, while players on Arthue Ashe experienced a similar issue.

Norrie and Rublev were delayed with the Russian leading by a set and break at 3-2 in the second as US Open organisers announced they would be closing the Louis Armstrong Stadium roof as rain started to fall. But after a short stoppage in play, both men returned to the baseline to continue toe match as the roof stayed open with organisers backtracking on their plans.

But minutes later it started to pour down with rain as the players sat down with the No 9 seed now leading 4-3 in the second set. Play was stopped for a second time as the roof was finally closed but the court itself had become soaked after organisers failed to close it in time before the rain came.

It left the British No 1 sitting on his bench for more than 15 minutes while the 24-year-old paced around as ballkids had to attempt to dry the court surface manually with towels. And there was a similar situation on Arthue Ashe Stadium with Petra Kvitova and Jessica Pegula in only the third game of the match, as there was a delay in allowing them to go off-court despite the guarantee of a 15+ minute delay for the roof to close on the main showcourt.

JUST IN: Russian tennis star hits back at LGBTQ+ remark after coming out as gay 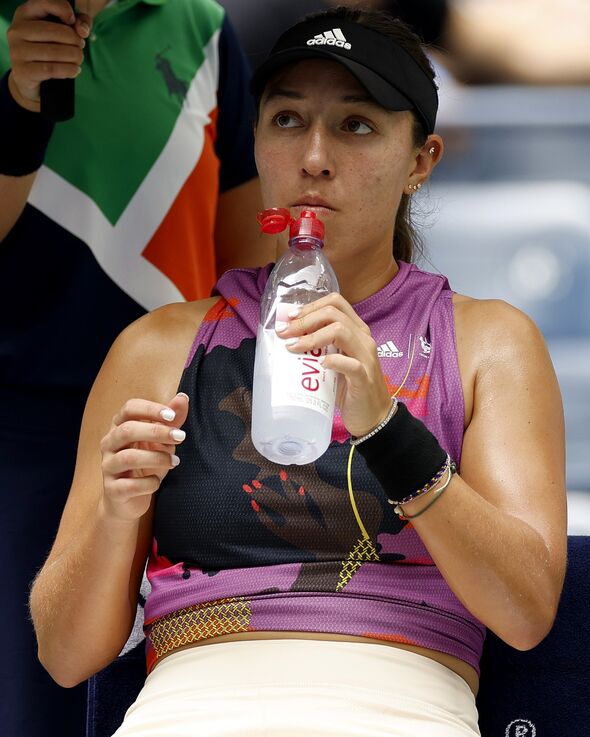 With the tournament’s biggest stadium close to the players’ area and gym, the women benefitted from the opportunity to go back to the gym ahead of what was set to be a considerable delay to get the Arthur Ashe Stadium court dried. “You can see the advantage for Jess Pegula,” Mark Petchey told Amazon Prime Video during the rain delay on both showcourts.

“I know these are small things but they are nuances in different stadium courts. She’s close enough to get back in the USTA gym here at the US Open and is obviously going to be able to jump on a bike, cool down properly, warm up properly again because they’re going to be actually delayed for a considerable amout of time there on Ashe.”

And referring back to Norrie and Rublev – who had to receive a three-minute warm-up period when the court was finally dry given the length of the delay – he added: “These two have been kind of wandering around or in Cam’s case just sitting still.” 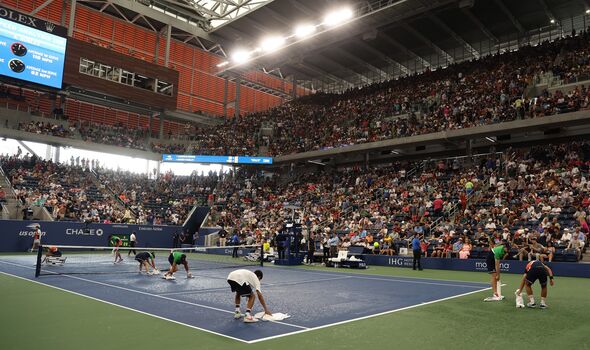 The women were in an even more awkward situation as the rain hid mid-game, just after the American had her serve broken. She was 30-15 up on the Kvitova serve in the very next game, pressuring for the immediate break-back, when they were forced to stop play for the rain and leave the court ahead of a lengthy delay to dry the surface and shut the roof.

Over on Armstrong, Norrie and Rublev were given a brief warm-up before the world No 11 resumed play with a love-hold to put himself within a game of the two-set lead. And both men held serve once more for Rublev to go 6-4 6-4 up on the Kiwi-raised Brit.

Ruthless Medvedev sets up showdown with world No.1 Djokovic