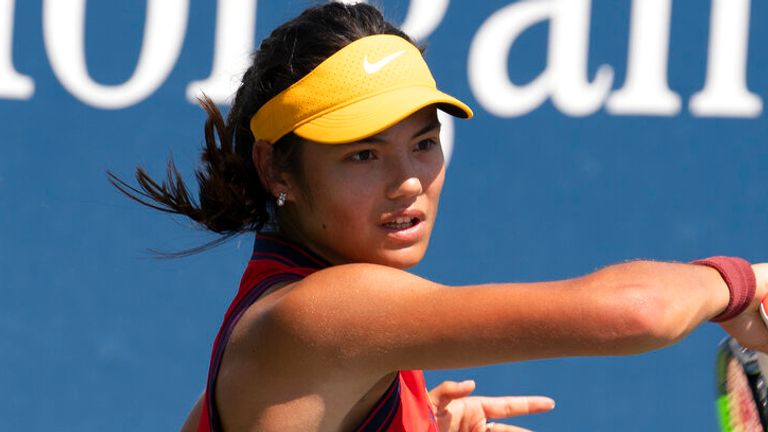 British teenager Emma Raducanu moved a step closer to her first main draw appearance at the US Open after making it through to the final qualifying round at Flushing Meadows.

Raducanu, who memorably reached the fourth round at Wimbledon in July, defeated Georgian Mariam Bolkvadze 6-3 7-5 to move one win away from reaching the main draw of what would be her first overseas Grand Slam.

The 18-year-old has enjoyed a successful couple of weeks Stateside having made the WTA Challenger event final in Chicago. That run has enabled her move up the latest world rankings to 150.

Wimbledon breakout star @EmmaRaducanu is through to the final round of #USOpen qualifying! pic.twitter.com/XNnXL06eWz

There was disappointment for fellow Brits Fran Jones and Samantha Murray, however.

Katie Boulter, Jodie Burrage, Harriet Dart and Liam Broady will all hope to emulate Raducanu by making the final qualifying round when they play later on Thursday.

Andy Murray praised for fighting for female players by world No.1 Ash Barty