Dominic Thiem laid down a marker with a crushing win over Felix Auger Aliassime in the fourth round of the US Open.

The Austrian second seed is the highest-ranked player left in a men’s draw that has taken on a completely different complexion following the disqualification of Novak Djokovic.

Thiem will feel it is his time after three losing Grand Slam finals, most recently at the Australian Open in January, when he very nearly defeated Djokovic.

This time there are no all-time greats left to block the way for the younger guys, and Thiem was in brutal form in a 7-6 (4) 6-1 6-1 victory against 20-year-old Auger Aliassime, for whom this has been a breakthrough Slam.

Thiem tried to play down the significance of the absence of Djokovic – plus Rafael Nadal and Roger Federer, both of whom have missed the tournament – but knows all too well what a golden opportunity this is.

He said: “There is a difference that none of these three are left in the draw. That’s the only difference.

“But, for me personally, it never mattered. I just always tried to focus on my next match. My focus or my concentration, it’s the same. It doesn’t matter if I play one of the big three members or if I play somebody else.

“What happened, happened. Nobody of the other players has any or had any influence of that. We just need to focus and focus on ourselves. Of course, it’s probably a little bit of a bigger chance for all of us to win the first Slam.”

What is certain is there will be a new male major singles champion for the first time in six years and, crucially for the future, a first Slam winner born in the 1990s.

All eight quarter-finalists, meanwhile, will be aged under 30 for the first time at a major in more than five years. 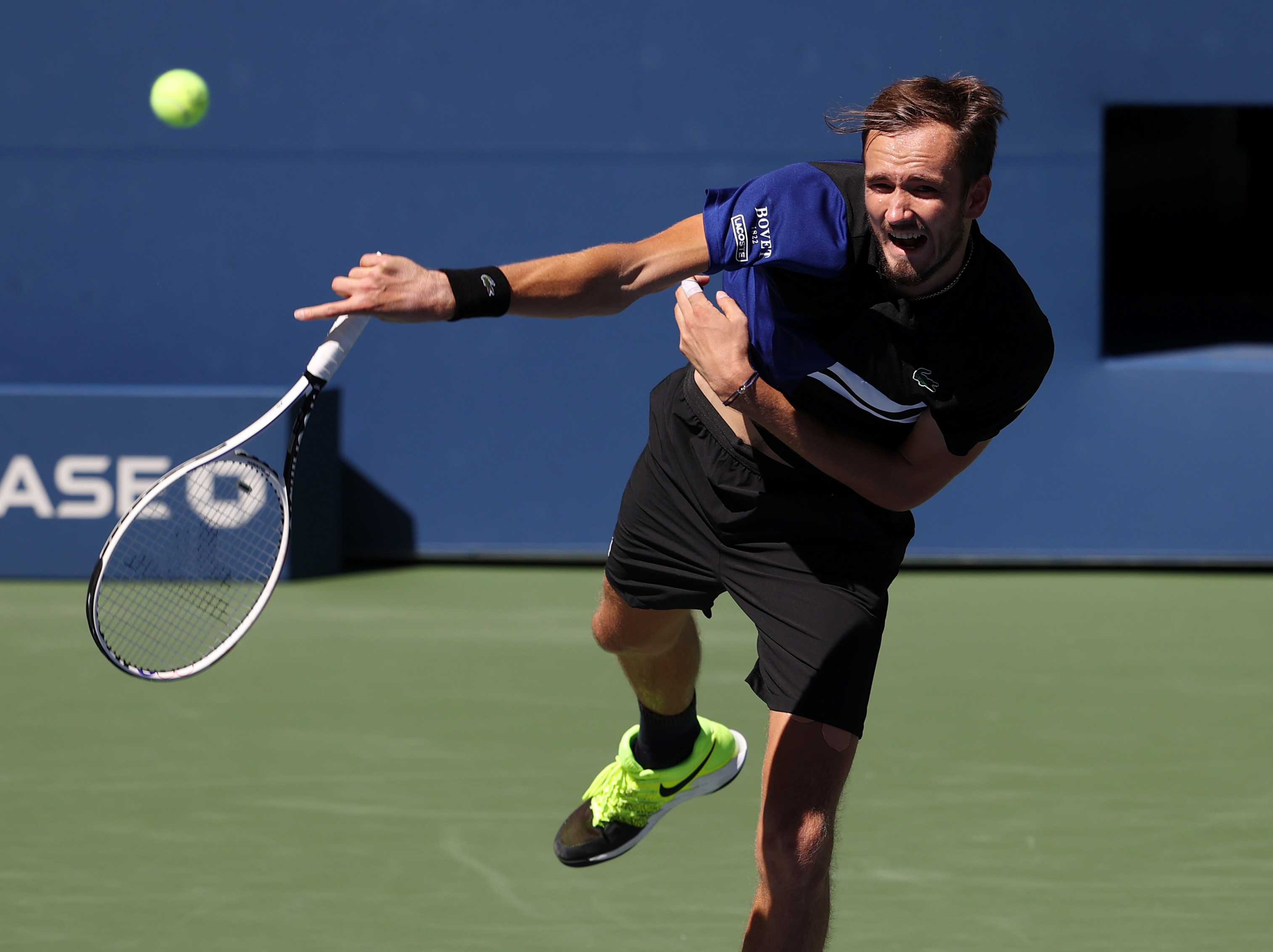 De Minaur saved four set points in the opening-set tiebreak, recovering from 2-6 before pulling away, and will now take on Thiem.

“I’m obviously very happy,” he said. “At the end of the day, this is where I want to be, and this is where I truly believe I belong, second weeks of Slams and going deep. I’m happy I’m finally at this stage.”

De Minaur is known as one of the fastest and fittest players on tour, but he said with a smile: “If I could definitely blast people off the court then, trust me, I would rather do that. This running thing gets tiring, that’s for sure.

“Look, I’ve got to deal with what God gave me. He didn’t give me the best physique, I’m not as strong or as tall as other people so I have to find ways to win. That’s the way I win.

Daniil Medvedev is also a serious contender as he looks to go one better than last year.

The Russian lost to Rafael Nadal in five sets in the 2019 final but is playing the sort of tennis that could see him become champion as he destroyed Frances Tiafoe 6-4 6-1 6-0 to go through to the last eight.

Medvedev admitted that he was in “unbelievable” form, winning 12 of the last 13 games.

He said: “In the beginning I was not playing amazing. I was doing a little bit of unforced mistakes… I was lucky to get an early break, relax a little bit and then I played some unbelievable tennis tonight. I’m playing good. I’m playing better every match.”

He will now meet his compatriot and 10th seed Andrey Rublev in the next round. Rublev is also a contender for the title after beating Matteo Berrettini 4-6 6-3 6-3 6-3.