Serena Williams announces she is ‘evolving away from tennis’

The US Open have released a statement confirming Belarusian star Victoria Azarenka has been pulled out of a charity match organised to raise money for the efforts in Ukraine. The world No 22 seed will no longer participate in the Tennis Play for Peace Exhibition on Wednesday – scheduled to coincide with Ukraine’s Independence Day – given “the sensitivities to Ukrainian players and the on-going conflict”.

A statement from the USTA on Azarenka released on Wednesday read: “In the last 24 hours, after careful consideration and dialogue with all parties involved, Victoria Azarenka will not be participating in our ‘Tennis Play for Peace Exhibition’ this evening. Vika is a strong player leader and we appreciate her willingness to participate. Given the sensitivities to Ukrainian players, and the on-going conflict, we believe this is the right course of action for us.”

The US Open recently announced that they would be introducing a number of initiatives to show their support for Ukraine and raise funds for the worn-torn nation. Those efforts included staging an exhibition match featuring the likes of Rafael Nadal and Coco Gauff a week prior to the final Grand Slam of the season at Flushing Meadows.

Having “strongly considered” following the example set by Wimbledon and imposing bans on all Russian and Belarusian players, the organisers instead opted to allow them to compete while additionally inviting them to the charity match in order to send what was deemed a stronger message. Belarusian born Azarenka accepted the invitation but her decision to partake wasn’t without controversy.

JUST IN: Williams plots final US Open glory by adding former No 1 as ‘coach’ 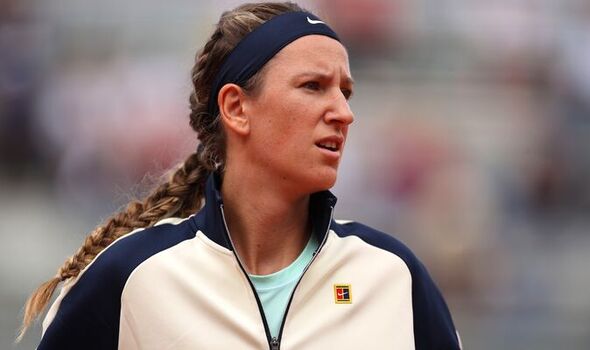 Ukraine pair Marta Kostyuk and Lesia Tsurenko slammed the decision to allow the two-time Australian Open champion to compete while opting to boycott the event themselves. World No 74 Kostyuk told BTU: “Of course, I received an invitation. I think all our players got them.

“When Lesia Tsurenko and I found out – I’m only talking about us now, because we didn’t ask anyone – that there would be representatives of Russia or Belarus at this event, I immediately said that I will not participate in this. First of all, no one asked the Ukrainian athletes if they wanted any of these players to be present. Of course, no one is interested in this, it is the Independence Day of Ukraine, but what Ukrainians think is not interesting, is it? 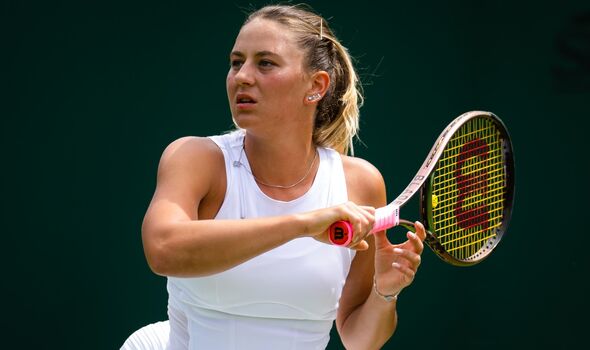 “Secondly, I did not understand the reason why they called Victoria Azarenka. There was no open help from her in our direction. She did not communicate with me, but I know that she communicated with Serhiy Stakhovsky, with Gael Monfils in Madrid.”

The 20-year-old added that she and her fellow Ukrainians didn’t wish to see any Russian and Belarusian players on tour while taking further aim at Azarenka over her decision to play at the event.. Kostyuk continued: “I don’t understand how human it really is. Why does she do it and why does she go for it. Purely human, because she knows from our words how we cannot tolerate them here, how we want them not to be at any tournament, like in England. Despite this, she goes for it.”