Naomi Osaka marched into the semi-finals of the US Open with a commanding straight-sets win over Shelby Rogers.

It means Osaka remains on course for a potential blockbuster final against Serena Williams, a repeat of the controversial finale of two years ago.

With the women’s draw decimated by withdrawals and shock defeats Williams and Osaka, the third and fourth seeds respectively, look destined to meet again on Saturday.

The next-highest ranked player left is Elise Mertens, the world number 18 from Belgium.

Williams takes on unseeded Tsvetana Pironkova in the quarter-final later on Wednesday, while Osaka will meet American 28th seed Jennifer Brady in the semis.

Osaka walked onto court wearing a mask bearing the name of George Floyd, the black man whose death at the hands of police sparked anti-racism protests across the world.

The 22-year-old has seven masks with victims’ names in total, so she clearly plans to reach the final.

Osaka had lost her previous three meetings with Rogers but was in no mood to make it a fourth, securing the crucial break in the first set with a blistering angled forehand.

She broke again early in the second as Rogers, playing in her first US Open quarter-final, sent a backhand wide, and wrapped up victory in an hour and 19 minutes.

Osaka said: “For me honestly I felt she had the upper hand as I’d never beaten her, those memories stuck in my mind so it feels like a little bit of revenge.

“I’m really glad I was able to have a much more positive attitude tonight. I feel pretty good. All the matches are really tough, it’s made me really grateful to be in this position.” 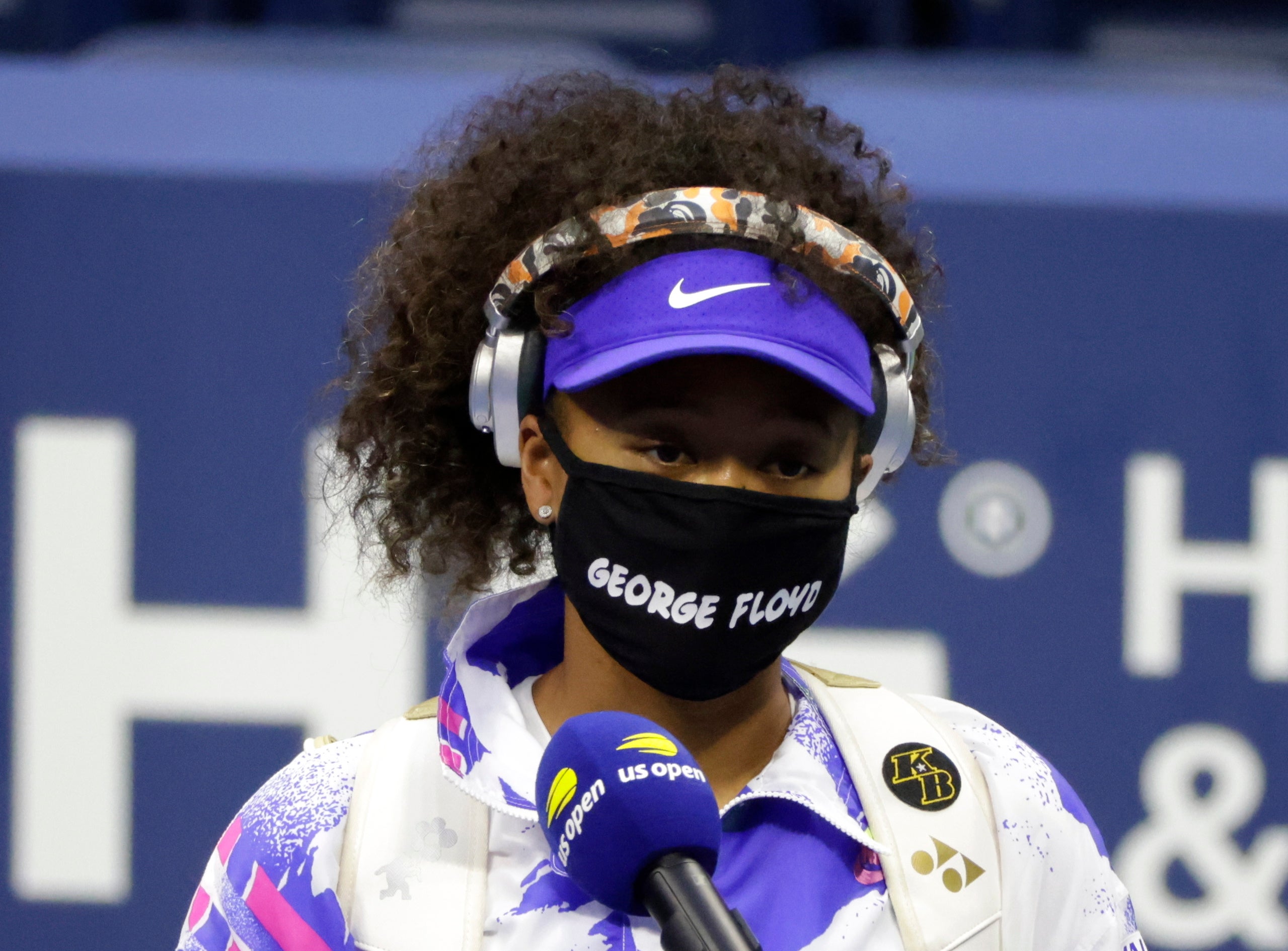 Brady cruised into her first grand slam semi-final with a comfortable straight-sets win over Yulia Putintseva.

She never surrendered her advantage after charging into an immediate double break, and needed just over an hour to wrap up a 6-3, 6-2 win.

Brady, who was beaten in both her previous meetings with the Kazakh, said: “I felt like today I was a lot more aggressive off the first ball.

“I came out with nerves, obviously, and I think she did too because it’s our first quarter-final, but I just tried to treat it like any other match.

“I was happy with the way I started and I was able to keep that momentum and build off that. I’m thrilled to be in the semi-finals of the US Open.”