Home » Tennis » Wimbledon 2020: All England Club to make decision on event next week 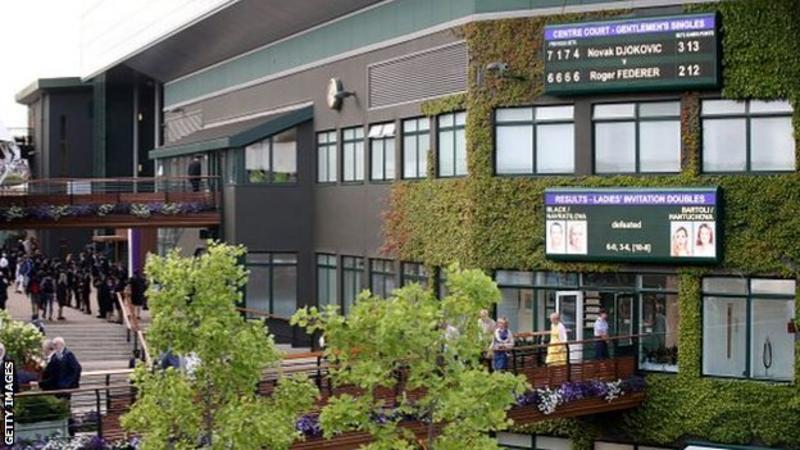 The All England Club says a decision regarding this year’s Wimbledon will be made next week.

In a statement on Wednesday, the club said postponement and cancellation of the event, scheduled between 29 June-12 July, because of the impact of coronavirus were possible outcomes.

Playing behind closed doors has been formally ruled out.

Earlier this month, the French Open, due to have begun in May, was rescheduled to 20 September-4 October.

The club’s sites at the All England Club, Wimbledon Park Golf Club and Raynes Park are currently closed with physical operations reduced to a minimum to maintain the grass courts and the security of the sites.

Postponing the only Grand Slam grass court event until later in the year “is not without significant risk and difficulty” the statement added.

Chief executive Richard Lewis said: “The unprecedented challenge presented by the Covid-19 crisis continues to affect our way of life in ways that we could not have imagined, and our thoughts are with all those affected in the UK and around the world.

“The single most important consideration is one of public health, and we are determined to act responsibly through the decisions we make.

“We are working hard to bring certainty to our plans for 2020 and have convened an emergency meeting of the main board for next week, at which a decision will be made.”