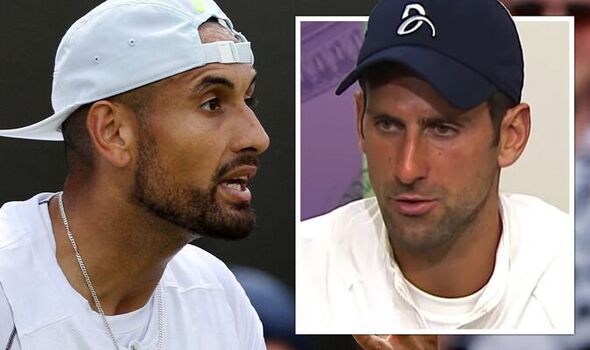 Monday saw day one of Wimbledon 2022 kicking off on the BBC with the venue back at full capacity for the first time since COVID-19. During a much-anticipated match involving two-time champion Andy Murray and Australia’s James Duckworth, viewers noticed swathes of empty seats. Twitter user Richard Bakrania-Ashton took to social media to express frustration, saying: “Wimbledon still in lockdown? Looks it judging by all the empty seats.” User @CromwellStuff added: “Who watched some of Wimbledon? Now considering people were queuing for days for tickets, the place looked empty? So many free seats, why did they need to queue?” The flurry of complains comes after people queued for days for the chance to see their favourite players compete. The line for Monday’s entry is believed to have started at 6pm on Friday.

The pundit claimed that her mental strength “got her over the line” in what could be the start of a U-turn from McEnroe after criticising Raducanu at last year’s tournament when she retired in the fourth round.

He said: “A tricky opponent and Emma Raducanu competed hard.

“That’s the best part. She looked healthy which is good and mentally she seemed like she was working hard. I think that’s what got her over the finish line. Both sets could’ve gone either way truthfully. A lot of close games, that’s a good win for her…

“It looked like she wanted to be out there, that’s what it boils down to. If she wants to be out there then she is going to have a tremendous career if she can find that comfort level on the court, especially at Wimbledon centre court where expectations for her are so sky-high.”

Andy Murray has defended his choice of using an underarm serve on Centre Court at Wimbledon, insisting he doesn’t understand why others find it “disrespectful”.

Fans inside Centre Court appeared to enjoy Murray’s unique serve choice but other players have experienced boos from crowds elsewhere and often glares from rivals on the opposite side of the net.

Kyrgios has arguably been the biggest advocate for using an underarm serve in matches, regularly using the tactic in every tournament.

Because of the Australian’s huge serve, players often step back far beyond the baseline to give themselves a better chance of returning.

But Kyrgios has explained in the past that it creates an opportunity for him to drop in an underarm serve every now and again to prevent his opponents from creeping too far back.

And Murray can’t understand why people find it “disrespectful” when it’s a viable tactic if the opportunity presents itself. “He changed his return position. That’s why I did it,” Murray said. 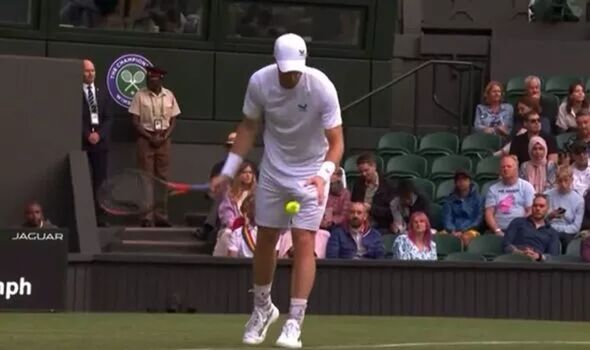 Good morning from London. I’m Tara Fair, I’ll be bringing you all the latest developments on Wimbledon 2022. Please feel free to get in touch with me as I work if you have a story or tips to share! Your thoughts are always welcome.

Australian Open allowed up to 30,000 fans a day