Former Wimbledon champion Chris Evert has quipped that she might not return to the Championships now that Sue Barker has retired. Legendary BBC presenter Barker stepped back from her duties with the broadcaster following the culmination of Wimbledon a week ago.

The 66-year-old, who won the French Open in 1976, has presented the BBC’s coverage of the Championships since 1993. The former world No 3 has been a prominent face of the tournament ever since.

Tributes have flooded in for Barker, with several former professionals wishing her well. And three-times Wimbledon champion Evert has said there is no point in returning to the All England Lawn Tennis Club after Barker’s retirement.

“[Barker is an] outspoken, articulate, wonderfully knowledgeable tennis presenter. I don’t think I want to come back to Wimbledon if I’m not going to hear Sue Barker,” Evert said on a montage shown to Barker. 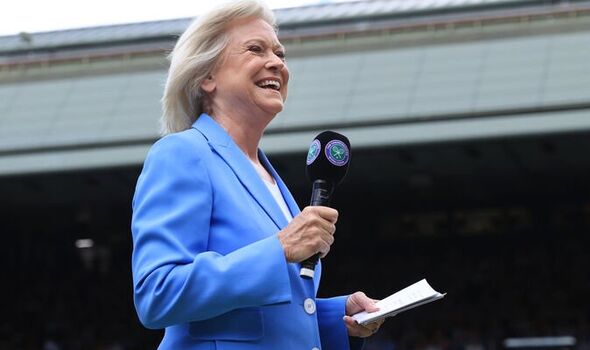 “But Sue, you had a tremendous career. You’re a wonderful person with integrity and I wish you the best of luck. Go have some fun with your husband, and I hope we can always be friends.”

Barker was reduced to tears as she covered a day at Wimbledon for the final time, leading coverage of the men’s and women’s singles final last weekend. Novak Djokovic and Elena Rybikina won the titles, respectively.

As the day came to an end, Barker said: “Ah, this is going to be really embarrassing. It has been an absolute privilege. I have loved it, 30 amazing years. Thank you, thank you. I have loved it. I will miss the job. I love it. 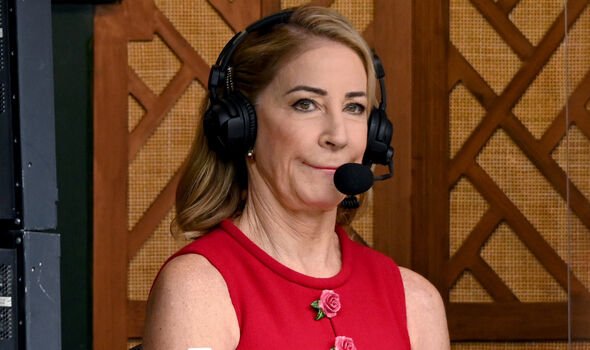 “Most of all, I will miss the people I have worked with, in front and behind the camera. you have been absolutely amazing.  I am so proud to front the programme. Thank you.”

Eight-time Wimbledon champion Roger Federer reflected on his memories of Barker being the face of Wimbledon. The Swiss said: “I would also like to add my biggest congratulations to your wonderful Wimbledon and BBC career. Also, as a player of course, I know how good you were. I’m going to look back at the highlights that we shared together – interviews on court, you made me cry, maybe not only once but several times.”

He added: “Thank you for everything you’ve done for the game of tennis, to be there, and I don’t know, put tennis in the right place, in a good spot.

“We both love Wimbledon so I’m sure it’s going to be hard for you but I wish you all the very best for the future. And again, thank you for those incredible 30 years and everything you’ve done for the game of tennis, I appreciate it and I hope I see you soon. Take care, Sue.”