Novak Djokovic says “going for history is a huge inspiration” as he prepares for a semi-final meeting with Denis Shapovalov, while Matteo Berrettini will face Hubert Hurkacz in the other men’s semi-final at Wimbledon.

Djokovic and Shapovalov will be second on Centre Court, prior to their contest, the winner of the Queen’s Club championship will meet the man who conquered Roger Federer in the second contest on Friday.

The world No 1, who could secure a 20th Grand Slam title on Sunday, recorded his 100th grass-court victory of his career in the quarter-finals.

The 6-3 6-4 6-4 victory over Marton Fucsovics took Djokovic two hours and 17 minutes, and the five-time Wimbledon champion has only dropped one set so far at this year’s Championships.

The world No 1 is bidding to become only the fourth man to win three consecutive Wimbledon titles, alongside Roger Federer, Bjorn Borg and Pete Sampras.

Securing the title on Sunday would deliver Novak Djokovic a 20th Grand Slam title of his career, and draw him level with both Roger Federer and Rafael Nadal on the all-time list. 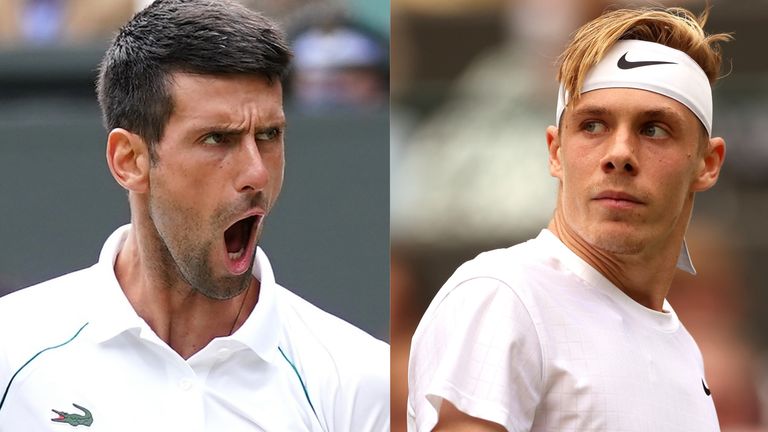 “I am aware of certain stats and obviously I love this sport with all my heart and body and soul; I’ve been devoted to this sport since I was four,” Djokovic said.

“Sometimes things do look surreal for me but I try to live in the moment, don’t take anything for granted and be grateful for every opportunity I have on the court.

“Obviously, going for history is a huge inspiration for me and, you know, let’s keep it going.”

The next man tasked with trying to stop Djokovic creating more history is Shapovalov, the world No 12 and the 2016 Wimbledon boys’ title winner. 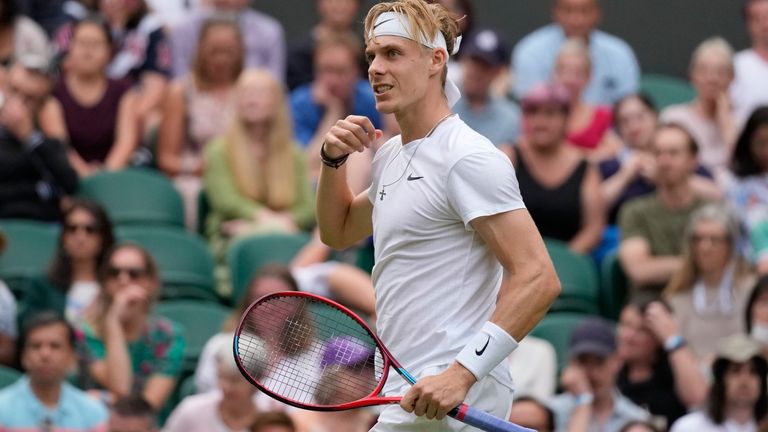 He [Djokovic] is the best player in the world, but when you look at the scoreboard, the first thing on Friday, it is going to be level. I have full belief in me and my team, anything is possible.

“I do believe that I have the game to beat him and the game to win that match. It really comes down to who’s playing the best on Friday and that’s it. Nothing’s ever guaranteed.”

Shapovalov will need every ounce of that belief against the world No 1, as although he believes he has pushed Djokovic, he has never beaten him. This will be their seventh meeting and the two men are yet to meet on grass. 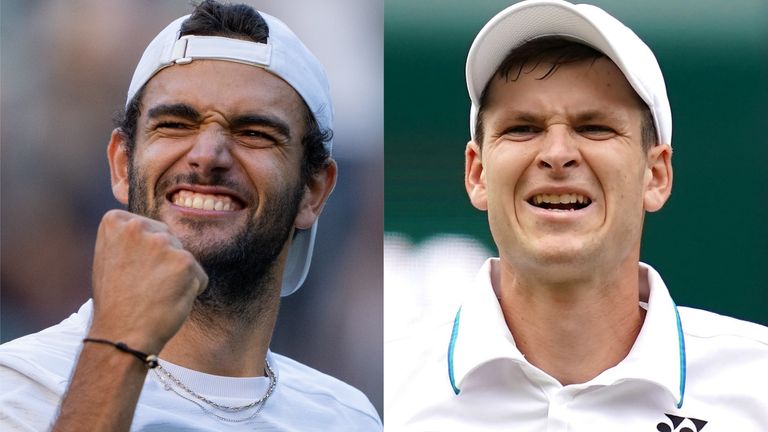 In the other semi-final, Berrettini and Hurkacz will each bid to take part in a final of a Grand Slam for the first time in their careers.

The green grass of the All England Club has been good to Hurkacz, who also overcame Daniil Medvedev and talented teenager Lorenzo Musetti to reach this point. The question for him, is how much his stunning victory over Federer will have boosted him versus fatigued him?

The Pole shared on social media just how much it meant to beat his idol, but he now must start again ahead of the second meeting of his career with Berrettini.

Last time around, Hurkacz won 6-4 6-3 but that contest took place in 2019, and on a hard court. His Italian opponent is a different kettle of fish now and Berrettini is prepared for what’s ahead.

“Hubert is having a great season. He won Miami, he is playing good. Beating Federer in three sets means that he’s playing well. But I feel ready, I’m feeling confident. Good luck to him, and let’s see.”

Berrettini has every right to feel confident too, as he has not lost a competitive match on grass this season.

His three-hour and four-minute contest with Auger-Aliassime was his longest of the Championships, but prior to that, he had been economical with his energy and won relatively swiftly in every round.

With the fourth round of Wimbedon being Berrettini’s previous best, and Hurkacz having never been past the third round, the question of nerves will come into play on Friday.

With his recent Queen’s Club semi-final and final, you’d say that Berrettini is ready. However, with respect, the Centre Court at Queen’s Club is a more intimate occasion and doesn’t have same gravitas as the Championships.

For Hurkacz a first ATP Masters 1000 triumph at the Miami Open in April will still be fresh in his memory, and closing out Federer on Centre Court will have helped, but neither quite measure up to the chance to be in a first Wimbledon final. In short, the contest should be an intriguing one.

Nadal, Tsitsipas to clash in quarters as Berrettini succumbs to injury

Coronavirus: 2021 Australian Open already at risk of being cancelled due to pandemic